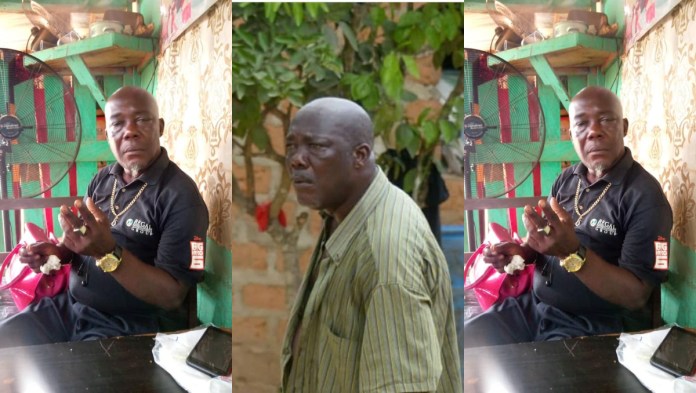 A credible source has revealed the cause of the death of Veteran Kumawood actor, Samuel Manu, popularly known as Agya Manu.

The death of the actor was reported yesterday after it was revealed that he was battling a short illness that led to his demise.

The news came as a shock to his colleagues and his fans as many take to social media to mourn the veteran actor.

According to a credible source, the actor was suffering from high blood pressure and diabetes before he finally gave up the ghost.

Some of his colleagues have already reacted to the news as they take to their social media to mourn the great actor as he finally goes home.

Agya Manu appeared in a number of Kumawood films and series before his death, including the recently concluded ‘Borga Akwaaba’ TV series, which was created by comedic actor Kwadwo Nkansah Lil Win.

He also had an appearance in Lil Win’s most recent TV show, “Police Academy,” which is now running on UTV.

Meanwhile, Some gun-wielding men have sparked fear among Ghanaians on social media after they issued threats, telling everyone to run for their lives.

The four young guys captured in the viral video who is believed to be in their 20’s were all holding firearms that they were cocking.