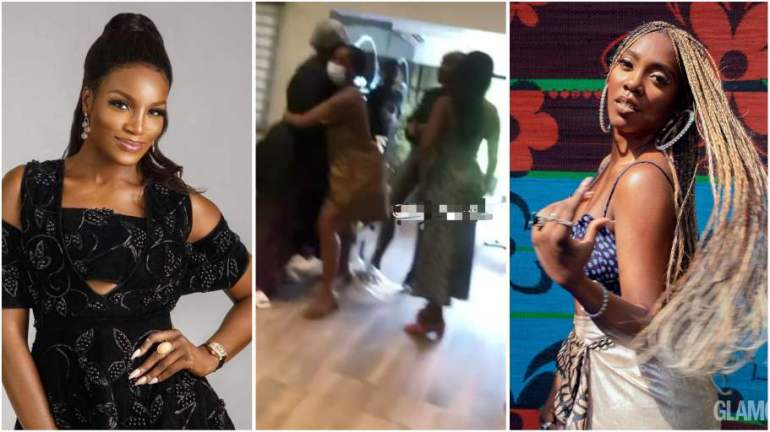 The two Nigerian female singer have had some fouls few years ago and it seems it today Tiwa decided to clash with her.

Deborah Oluwaseyi Joshua, professionally known as Seyi Shay, is a Nigerian singer, songwriter and actress. She wrote and produced three songs for the soundtrack to Konami’s video game Crime Life: Gang Wars. She also wrote “You Will See”, a song that was included on Melanie C’s third studio album Beautiful Intentions.

Tiwatope Savage (born 5 February 1980), is a Nigerian singer, songwriter and actress. Born in Isale Eko, she relocated to London at the age of 11 for her secondary education. Five years later, she began her music career doing backup vocals for artists such as George Michael and Mary J. Blige.

It all happened just now. Seyi Shay walked up to Tiwa to say hi and Tiwa wasn’t having it after all the insults she (Tiwa) has received from Seyi Shay and Victoria Kimani over the years.

Tiwa says to her,

DON’T SAY HI TO ME EVER. LET SLEEPING DOGS LIE. SHEY YOU BLOCKED ME ON INSTAGRAM, BLOCK ME IN REAL LIFE TOO. WE ARE NOT FRIENDS.

Watch this video below;