At least two persons are feared dead after a Trotro crushed into a faulty trailer packed in the middle of the road at Tesano.

The accident which occurred around the Tesano Police station is believed to have taken place around 4:30 am, Wednesday.

Sharing details with JoyNews, a good Samaritan who went to the rescue of some trapped victims, Kwadwo Konadu said, the occupants of the faulty trailer had failed to indicate that a vehicle was parked on the road. 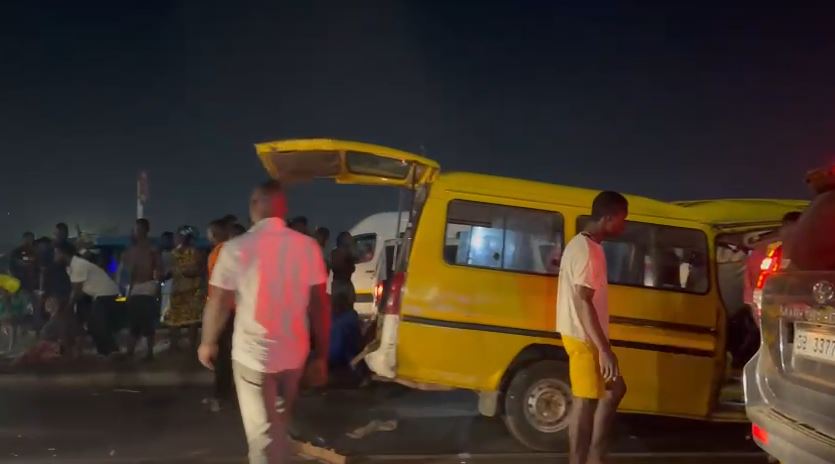 He said, without any form of warning and leaving the vehicle at a curve, the driver of the Trotro could not make out the trailer in the dark; resulting in the crash.

“It is because there wasn’t any light or triangle and there was nothing to warn oncoming cars that this is what has happened. So I am sure that because of the darkness, the van didn’t see that this truck was packed there, so he just run into it and that is what happened,” he narrated. 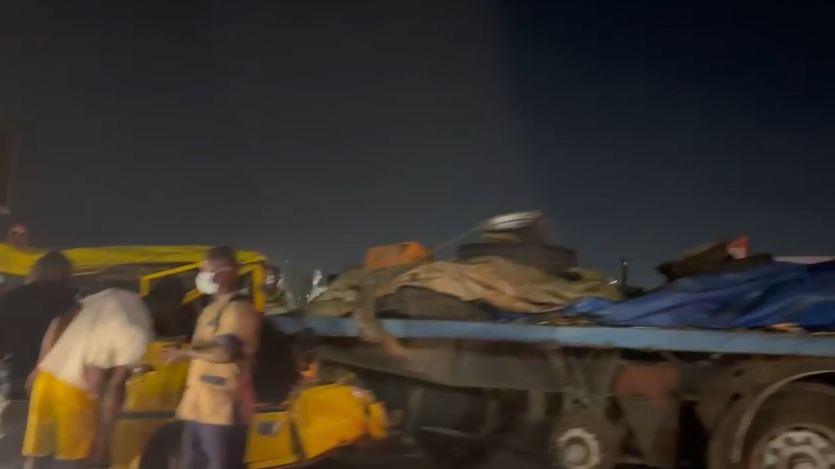 While the driver of the Trotro is believed to be part of the two people killed in the accident, Kwadwo Konadu revealed that a motor rider also crashed into the same faulty trailer.

“I got there around 4:48 am and I saw this yellow van that has just run into the truck. I just gave them the highlight so as to assist but we were not able to open the doors so we had to go to the trunk of the boot. We opened and some of the guys were brought out but definitely the driver, there is no way that he will be able to survive and even some motor also came to run into the car,” he said.

Other residents who spoke to JoyNews indicated that the trucker with Togolese registration number and carrying onions has been packed as the same spot since it broke down yesterday. 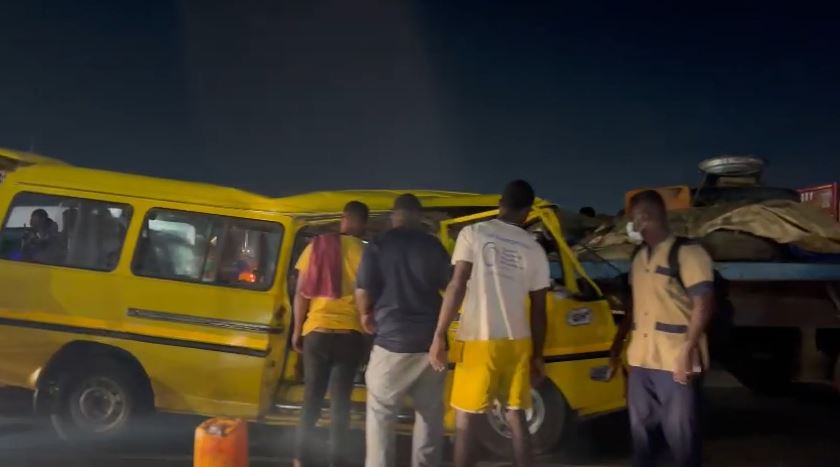 Meanwhile, a team from the Ghana Police Service and the Ambulance service are already on-site to retrieve the trapped body of the driver and help clear the traffic that has been building up on the road.

Watch How Man Disgraces Girlfriend After She Rejected His Proposal In...