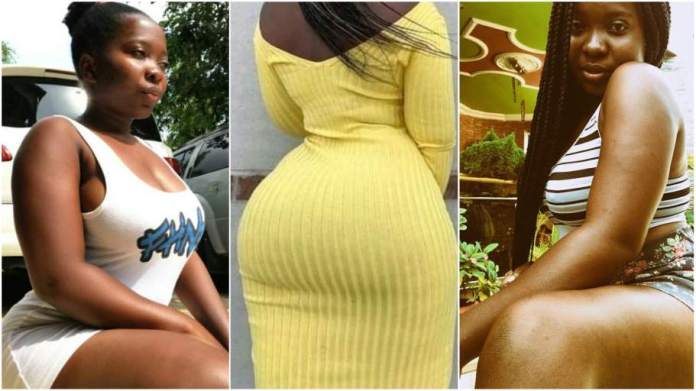 Ayam July as she is popularly known on her social media accounts, was the talk of the week after her b£droom videos were leaked online.

According to reports , A guy with Twitter handle @Kwaby Skrilla was allegedly giving Akua Saucy aka Ayam July Ghc50 for her n*d£s every day, and as a result, he has a large file full of [email protected] images and video of her.

Despite their good friendship, it seems that the lady got her hands on the @Kwaby Skrilla guy’s phone and declined to return it.

Check also:  Abena Korkor causes stir as she opens her legs so wide while swimming

As a result, he took to Twitter to threaten Akua Saucy with leaking her photographs and videos until she returned the phone.bHe subsequently leaked the images online, causing the lady’s image and integrity to suffer.

Akua Saucy who is disturbed by the trolls on social media amid her leaked private explicit contents has dropped some comments on Twitter.

In a series of tweets, Akua Saucy seemingly has regretted her actions. She said fewer words but the emoji the accompanied the words communicates everything she has in her heart.

Check her reactions below; 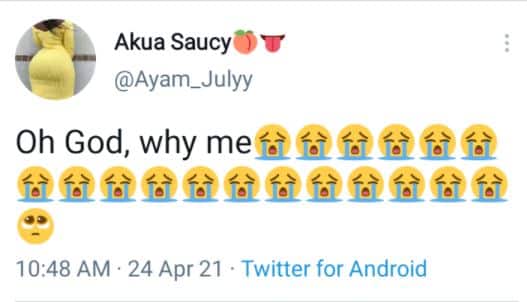 Video Of Zodwa Wabantu Happily Showing All She Has [WATCH]