Home Entertainment News Ashawo Girls Disgrace Assemblyman In Kumasi For Refusing To Pay Them For... 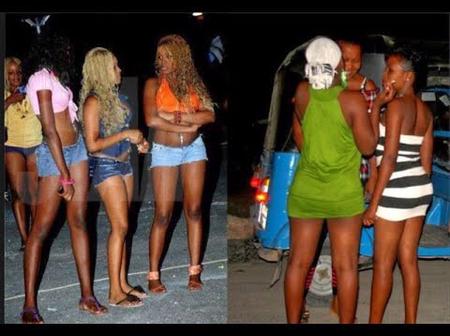 Many of us i believe to have the notion behind our heads that when a man gets money her goes chasing after girls. This not said but clearly in act in our communities. Some go in for the school girls others go in for girlfriends to be with whiles some also go in for these s3x traders for their services and give them money in exchange for sezual activities.

A man in Kumasi who is popularly known as assembly man went in for the service of two girls whom he did not pay on that day(i never knew one can go in for s3x on credit). This man for some time being refused to clear his debt. After all, he has already eaten the thing and did not pay that day so why bother now?

These two girls also decided to show him a lesson of his lifetime and therefore went in for 4 bouncers to attack the runaway John(a customer of a prostitute) in his house. They upon reaching his room, decided to take all his belongings. They took everything even the pack of T-rolls he had was not spared.

In the video one will hear a woman saying that you will next time pay when you chop a girl. The man on the other hand began to weep like a baby pleading for his things to be spared and promised to pay them but it was not enough to save his stuffs.

I started the decade broke and homeless – Lydia Forson