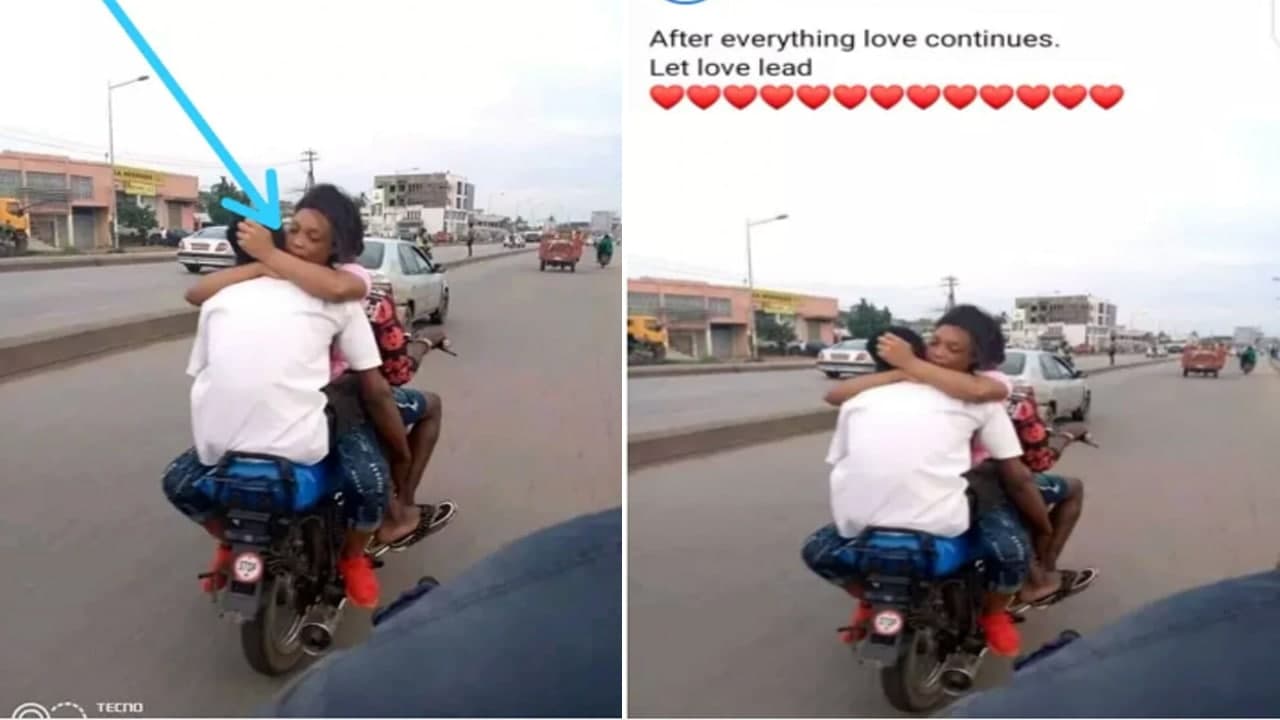 There is not a day in this Country that you will not hear or see things that will marvel you, things that you will take time to stare at them for minutes or an Hour, because of how the image or the story might either negatively or Positively draw the attention of many internet users.

Sometimes there are some certain things that a Lady and her man should not be found doing on the road, it is very wrong and quit unacceptable. It totally brings down the dignity and self respect of some people, who might know the wrong impression that what they were caught doing on the road, has gotten the attention and reaction of many people online.

I was strolling the internet this morning when I came across a particular picture that has gone viral on the social network, where a Lady and a man was seen putting lives in danger, as they were seen doing the unspeakable thing on the road. And judging from what they were caught doing on the road, it can alone cause a serious Accident for other road users.

According to the information gathered by a correspondent whose name was given as Nanamensah, who took to his personal Facebook wall to post the pictures of the what his Last and her Man was caught doing on the road, states that he was astonished at what this two did. Adding that they were endangering their lives, and the lives of other road users. Because if they should have any accidents while the Lady was wrongly sitting on the motorcycle, the end result will be disastrous and Bloody.

Check also:  Video Of Another [email protected] Queen Being Ch0pp3d In A Swimming Pool On Easter Monday [Watch Video]

“It is very wrong for this Lady to seat on the motorcycle and on the laps of her man. She even turned back against the Motorcycle rider, and waa directly and closely facing her Man. This alone can cause a severe accident on the road. And waa it that she doesn’t want her melon to be touching the Motorcycle rider or what, in fact they must be Arrested”, Nanamensah said.

Furthermore, according to the correspondent “Nanamensah, there is nothing that should have stopped the Lady from seating property on the motorcycle, even if she was trying to prove her love to her Man, there are many other ways to prove that, and not putting your lives at risk while on the busy road.

Personally after going through those pictures, I am of the same opinion with the correspondent that they should Arrested. 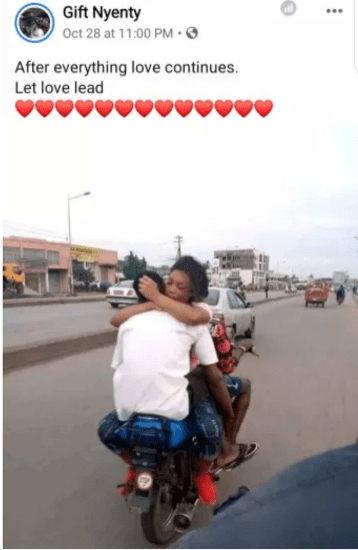 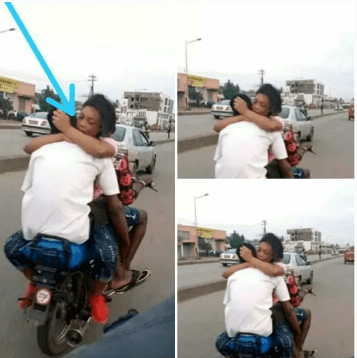 Meanwhile, a lot internet users has taken to the internet to express their feelings towards what this Last and her man was caught doing on the Road. Below are the comments of some internet users; Maame Serwaa breaks the internet with video of her displaying huge...

Man Injures Woman For Refusing To Talk To Him In A...