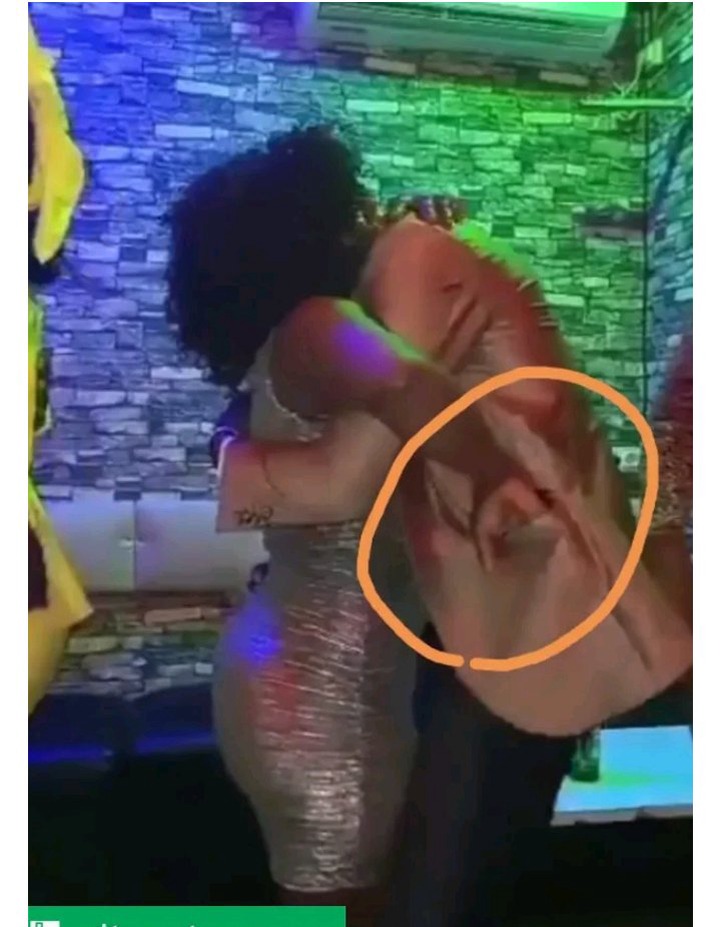 Fear Women: Slay Queen Caught Removing A Man’s Wallet From His Pocket In A Club (+Video)

A cctv recording is that is causing trends on Social Media is of a lady and a man who were spotted in a club, passing some time out. But what the lady did is shocking and hence, the notion fear women!

In the footage, the two individuals had secured a place in the club to have some chats but per their actions, it could be that they didn’t know themselves hence they just met at the club, probably a hookup or something.

In the video, the man asked for a hug and as they hugged, the lady was caught by the camera dipping her hands into the man’s suit pocket for his wallet but the man was unaware.

The man is ignorant as the woman gives him several kisses on the chin and lips while they hug to distract the man from noticing her plan to steal his wallet and some cash.

The man could be clearly spotted drunk yet the woman didn’t seem as though, probably because a person in such a game as she was need to stay alert and prepared.

Her hot dressing can turn any man on and make him fall prey to this incident. They are the so called slay queens who attempt to use their beauty for quick cash without wanting to work hard like others do.

My recommendation to men is to be careful at whatever point you find yourself, whether in jam-packed places and ought to likewise be careful about the kind of individuals you meet with as not all that sparkles is gold.

See What The Lady Did To Man He Was Hugging In Club. BEWARE!!!

Gyakie Twẽrks For Wizkid And Basketmouth As They Hang Out (WATCH...

Watch How A Beautiful Lady Was Begging His Man To Do...