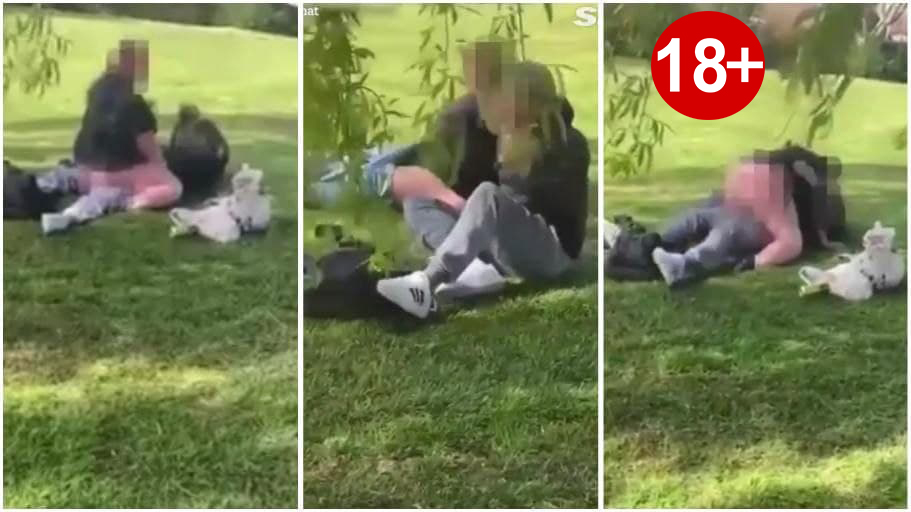 A shameless couple was caught on camera doing the unthinkable in a public park in broad daylight without a care in the world.

From the video going viral on social media, a furious mother is heard confronting the randy pair for doing the unthinkable in a public park where kids were playing.

According to reports, the madness was witnessed on Friday, April 23, at Edinburgh Playing Fields in Aylesbury, Bucks, England.

In the jaw-dropping footage, the angry mum slams the couple, who can be seen going about their madness with wild abandon.

During the clip, the woman approaches the couple and says “there’s kids over there and you’re having s_x” before asking: “You think that’s alright”?

The video soon went viral after being posted online over the weekend and uploaded to community telegram group.

A spokesperson for Thames Valley Police told The Sun Online that the incident had been reported to the Force at 3.50pm on Friday.

They said: “The matter has been recorded as an exposure and an investigation is ongoing to identify the offenders.”

Shatta Wale Unfollows Everyone On Instagram Except One “Vybz Kartel”