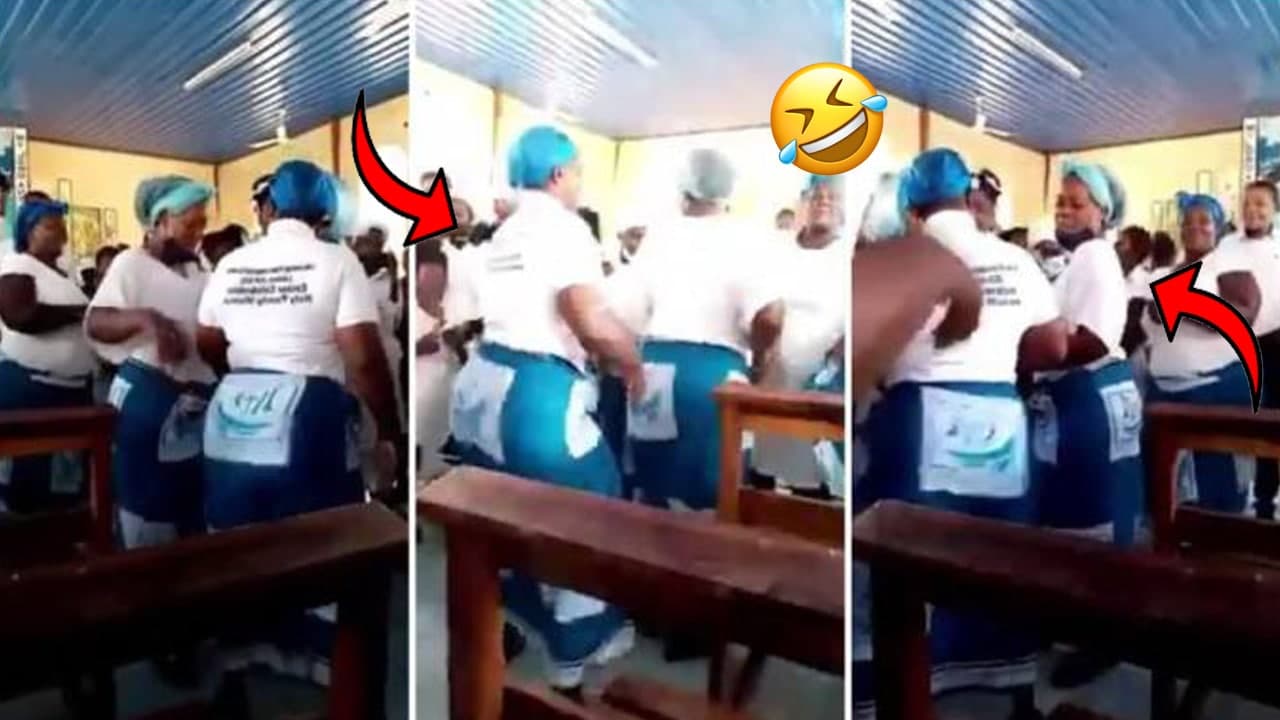 A particular video of an aging women showing off their dancing skills during church service has caused stir on social media.

The clip which has gone viral showed the women with huge backsides throwing their massive weights around for everyone to see.

A church is a place of worship for Christians and it is often expected that members do things decently so as not to distract other worshipers. However, many have argued that God welcomes any kind of person to the church.

Well, The internet has erupted after a video of some women who were captured on camera shaking their goodies during a church service surfaced online.

The well-endowed women, who were rocking matching outfits, behaved as if they were in a nightclub dancing to Lingala.

The aging women can shake their flexible waists better than their daughters. The video has left men salivating with some asking for the direction to the church.

Which church this..? I want to go n feed my eyes small

The Real Cause Of Agya Manu’s Death Have Finally Been Revealed,...

MP run for his life after residents threatened to fl0g him...