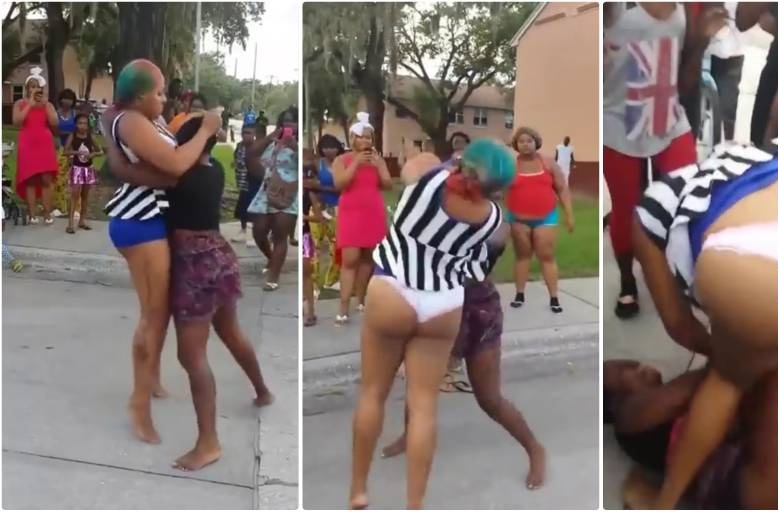 Two Slay Queens wild video fighting dirty and beating each other mercilessly over a man has emerged and gets people to talk on social media. It has become so rampant nowadays that ladies now fight over a single man unlike when ladies used to reject men’s advances towards them.

This is the exact situation that occurred when two slay queens fought in a deadly manner because one of the two accused the other of snatching her man. The two slay queens exchange big blows upon each other before and all efforts to separate them while the fight was ongoing proved abortive.

They continued to trade heavy blows and even grabbed each other’s throats and that was the moment that promoted the passerbys to intervene after they almost killed each other during the fight.

According to confirmed reports, one of the ladies took the contact of her friend’s man secret and started messaging and giving him a call to the extent that the other lady found out she was making advances towards her man, she decided to challenge her and that was how it resulted in a big mess like this. 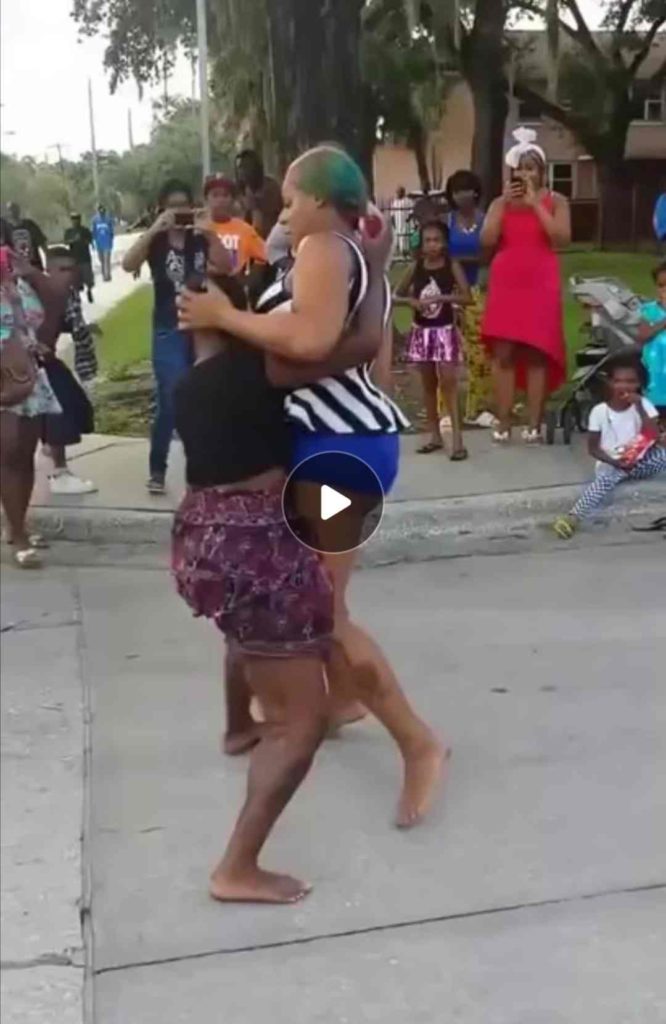 “I lost My Virginity when two men [email protected] me”- Actress Josephine...

Revealed: Here’s Why Akua Saucy Is Trending On Twitter (Photos +...