Home Entertainment News Two Students Were Caught Fighting Beside Their Mate On Their School’s Toilet... 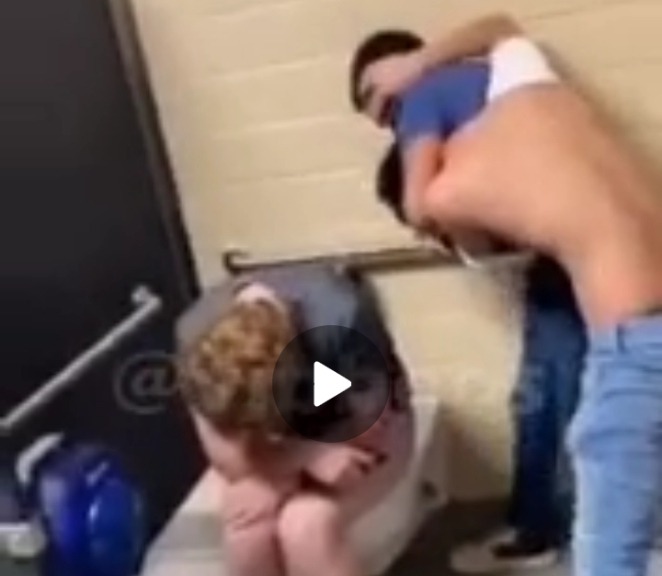 Two unidentified High-School students in the United States of America were captured on camera in a heated fight over who goes next after a guy, who was already easing himself on the toilet, leaves.

Check also:  Check Out What This Pastor Was Spotted Doing To A Woman Even As She Begged Him To Stop (+Video)

However, as the 2 High-School guys engaged in the heated argument, it turned into a heated fight where they exchanged blows and kicked each other.

Interestingly, they sent the fight into the inner chambers of the toilet, precisely the exact place the guy they were all waiting on; whilst the guy who was easing himself remained seated on the toilet unconcerned about the fight.

Slay Queen And Boyfriend Having S€x In Swimming Pool / WATCH...