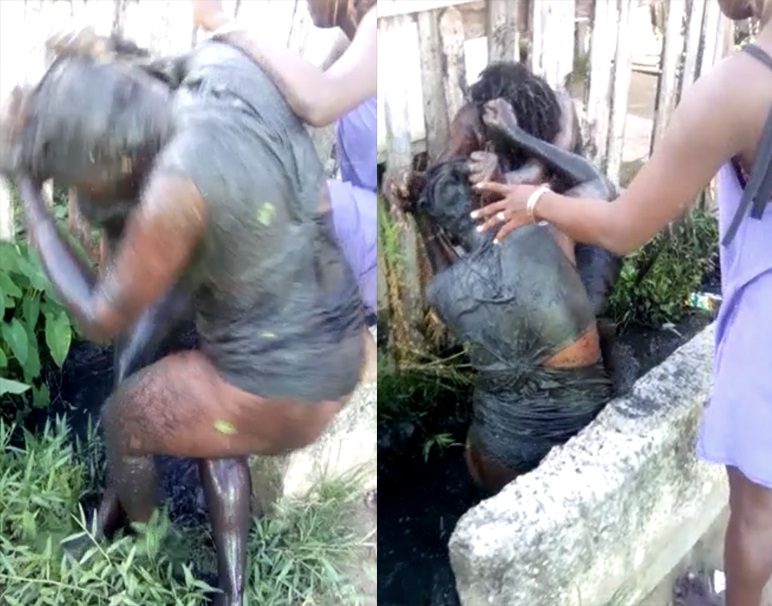 The video saw two women brawling on the streets which later turned into a very nasty fight landing them in a gutter nearby.

The short video begun with a young woman in her black panties and black singlet moving towards a friend who had offended and smacked her face very hard you can hear it echo amidst the heavy crowd that gathered after several minutes of quarrelling between the two women.

The other woman upon seeing how the woman had hit her hard retaliated with her fist too before both women plummeted onto a young baby who was in their path before eventually ending up in the gutter near them.

However, the action did not stop there as the two trade nasty blows in the gutter before eventually been separated by the onlookers. What actually caused the fight is unknown and it wouldn’t be hard to deduce the fighting was about a man.

Slay Queen causes traffic on the street with her made in...

Shs Girl Cr!es Bitterly After Been Ch0p£d & Dump£d By University...