Home Entertainment News “We Can’t Die”–Lady Says As She Finally Confronts Boyfriend Who Is Fond... 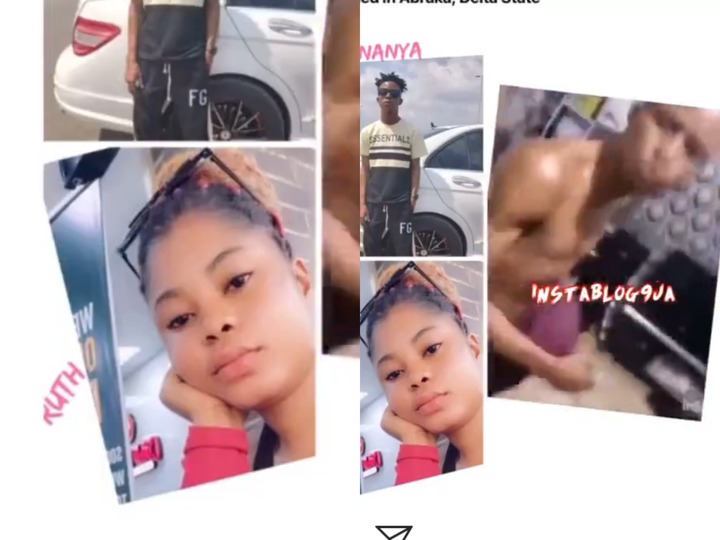 The Video of a lady and his alleged boyfriend in Abraka, Delta state having a serious fight surfaced online and it has since been generating mixed reactions from people who wonder why any guy would hit a lady he claims to love.

According to the information made available by Instablog, the lady has always been abused by the said boyfriend, beating her blue black, but the lady finally summoned the courage to fight back.

Check also:  My Police Boyfriend Used His Gun To Shoot My Mouth When I Visited Him – Lady Cries Out (+Video)

The guy could be heard in the video saying the lady has no respect, but the lady gave a prompt response by saying she is aware that she does not have respect and therefore urged to carry on with the fight saying that none of them will die in the process.

Then the fight allegedly continues as the boyfriend question her on why she was filming, while the lady kept shouting act of violence.

YAWA As Young Girl Showing Off Her Pu$$y In A Video...