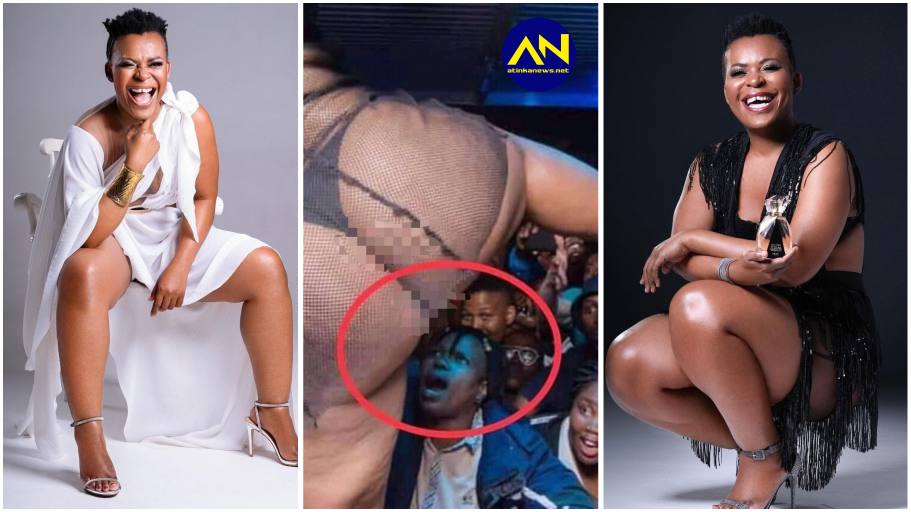 While many South Africans are trying to figure out why Zodwa Wabantu allows fans to grope her, she doesn’t seem to mind the inappropriate behaviour of so-called fans.

Zodwa Wabantu is arguably one of Mzansi’s most loved and celebrated entertainers. The sultry dancer rose to fame with her s.£.xy dance moves and for performing for the masses [email protected]

Ever since she came famous, Zodwa has become a household name with a legion of fans who adore her so much.

Her fans are constantly seen showering her with love on social media and during their sweetest exchanges whenever she performs.

The local entertainer and reality TV star got tongues wagging once again after she was seen being groped by fans in a video clip she posted.

In the video, “Zodwa’s fans can be seen going crazy over being in the same space with her and they lift her up amid great excitement.

What left some of her followers cringing was a fan who can be seen touching her private area.

This is not the first time that Zodwa was touched appropriately by male fans.

In 2019, a video clip emerged on social media where, a man was seen rubbing Zodwa’s butt while another slipped his hands between her thighs and appears to be touching her inappropriately.

See What Happened After Man Found Out His Cheating Girlfriend Has...