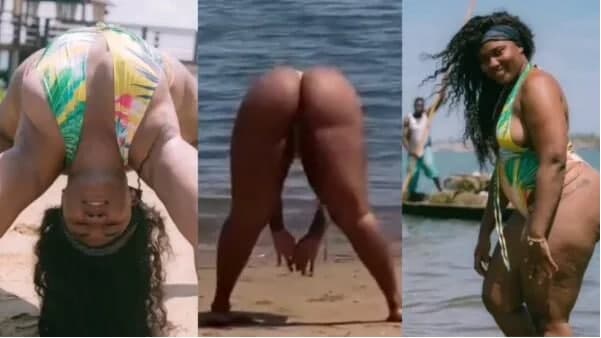 Controversial media personality, Abena Korkor Addo , has broken the internet with another video of her flaunting her [email protected]!ng body .

Abena Korkor, dominated the news few weeks ago after she shared a raunchy video online and was later sacked by TV3 where she previously hosted a show.

The former co-host of TV3’s Ladies Circle had a meltdown after she learned about the news that she had been fired from the television station.

Abena Korkor captured a distressing moment shedding uncontrollable tears on Instagram, claiming in a subsequent clip that she had a relapse.

With this situation, one would have thought that Abena Korkor was going to tone down on releasing nud£s.

But that has not been the case as she has released new video showing off herself in lingerie.

Watch the video below ;