Adu Safowaa has given the blow-by-blow account that led to her sudden apprehension by the police yesterday.

According to reports, Afia Schwarzenegger called for her arrest for bringing her name to disrepute.

Safowaa has alleged Afia Schwar is HIV positive and worst of it all also makes her own son ‘finger’ her.

In another intelligence, Safowaa was arrested for posting one of Afia Schwarzenegger’s ex called Chris on social media.

She also claimed the self-styled queen of Ghanaian comedy, Schwar has HIV and has infected him(Chris) with it.

Well, from the lady herself, Adu Safowaa has detailed what actually led to her arrest yesterday.

In a detailing but shady post, the socialite disclosed that a man called her to visit her. After a talk, the man asked her to escort her to his car parked outside.

As she stepped out she saw a blue car drive toward them (herself and the man). Those in the car got down and told her(Safowaa) she’s needed at the Tema Regional Police for questioning.

After enquiring why the police are demanding her swift presence, Safowaa was told the man who came visiting reported her to the police.

Again, the loud social media sensation revealed her phone was seized upon reaching the police station and later around 9 pm given to her when she was released following a call to the police by her ‘godmother and father’.

Just when she thought she was freed, the crime officer at the police station broke the news to her she has been detained again and once again her phone was seized.

In the post, she threw heavy shots at Afia Schwar, Diamond Appiah and Ghhyper 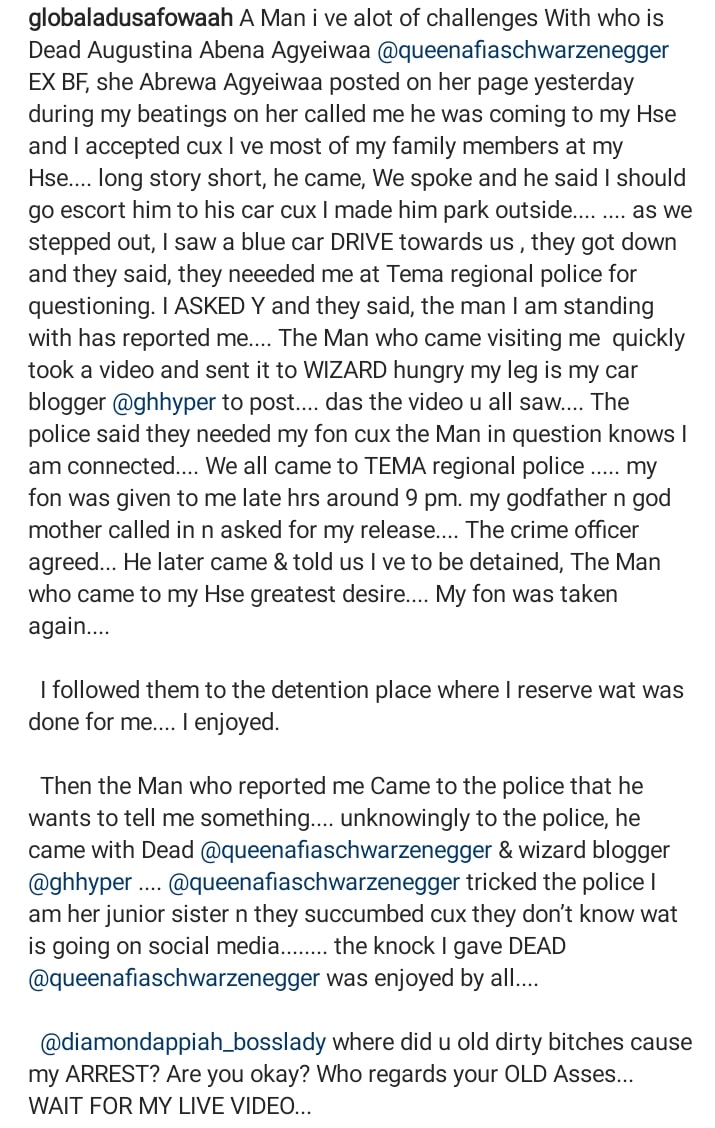 SHS Pupils Causes Massive Stir On The Internet After Their Video...

We Know We’re Young But We Take What Belong To Elders;...