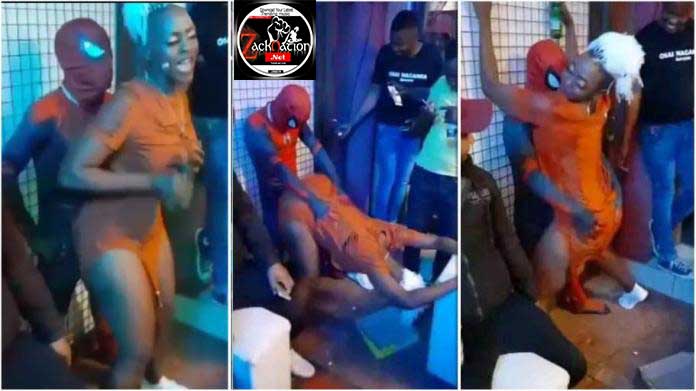 A clip of South African Spiderman acting up has been shared on social media via micro-blogging platform Twitter and has set tongues wagging.

While many seem to like a funny man pretending to be SpiderMan currently going viral on social media, many are worried about the guy.

Some seem to know the man and they call him @PeterParker but a number of social media users are wondering what went wrong, based on his behaviour

On the other hand, some have definitely expressed affection for the character and they have invited him to their parties and at many other functions surfaced online.

Amongst his clips, there is one where he can be seen enjoying himself as a woman, named Nelly Mawaza from Hammanskraal rubs on him.

At first, both are facing each other before Nelly turns around giving him her back.

Kuami Eugene Dances To Stonebwoy’s Putuu At The Birthday Party Of...