Home Entertainment News Gospel musician goes rogue, jumps on a lady and does the unthinkable... 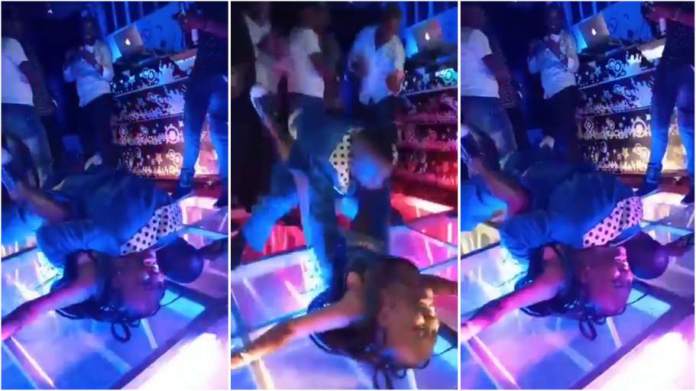 Gospel musician goes rogue, jumps on a lady and does the unthinkable to her on stage

On Monday, May 24, two controversial video clips of the now-styled king of theatrics caught the attention of many – from those in art, to those in governance.

In the video clips, the usually-hyper 33-year-old had taken his drama a notch higher. He was now suggestively dancing on stage with members of both gender; men and women.

In the first clip, the artiste, who was on stage, grabbed his fellow man by the waist and raised him to his groin, forcing the lad to lock his legs around the musician to avoid thudding against the ground.

Embarambamba, thereafter, started flinging around with the visibly surprised man firmly locked around him.

Medikal claims Deborah Vanessa still loves him because of how he...