Home Entertainment News ‘It is not suicide’ – An eye witness reveals the true cause... 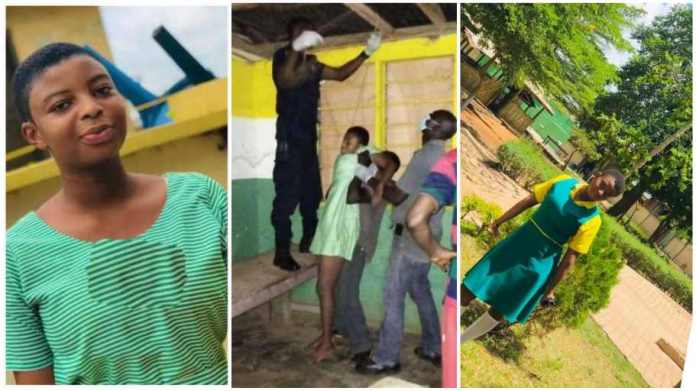 Some days ago, it was in the news that, a 16-year-old final year student of Miracle Senior High School at Barkoniaba in the Sunyani municipality of the Bono Region allegedly committed suicide.

Leticia Kyere Pinaman was alleged to have been found hanging at the school’s dining hall by her colleagues on Monday around 9:30 pm.

It is not immediately known what led to the incident but it happened while the rest of the students were at the school’s church auditorium for Bible studies.

Meanwhile, an eyewitness has revealed the actual cause of the déath of final year JHS student Leticia Kyere Pinaman.

The woman claimed she was one of the few who were around when the incidence occurred.

I told Mahama that I want a gold coffin for my...

Watch What these Kenyans Were doing On Instagram Live: Acting P.0rn...