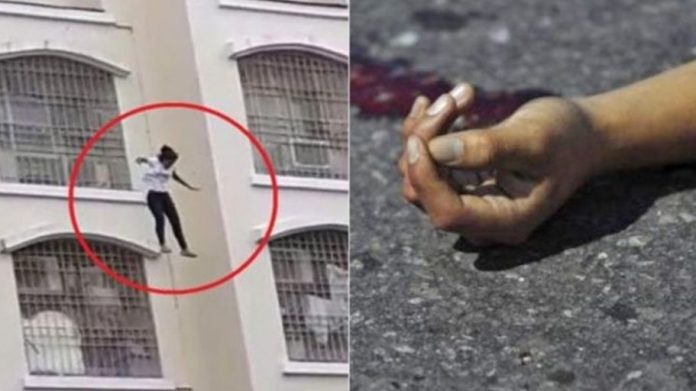 Egypt based Ghanaian lady is currently battling for her life after falling off a three-storey building.

The incident is said to have occurred while she was roaming in her apartment in search of mobile network. Reports indicate she roamed the entire apartment but to no avail.

Though details of the incident remain sketchy, she is said to have slipped off the building and sustained severe injuries.

Her legs and waist, according to witnesses, have been badly damaged making movement difficult for her.

A video of her, which has seen gone viral, captured her lying on a hospital bed from where she brushed her teeth and was fed by another person as she groans in pain.