A man was filmed flogging and kicking a woman, in a horrific attack that’s fast going viral.

In the video of the attack, the man is seen using a long stick to flog the elderly woman. He then pushes her to the ground, strikes her multiple times with his fists, and kicks her. 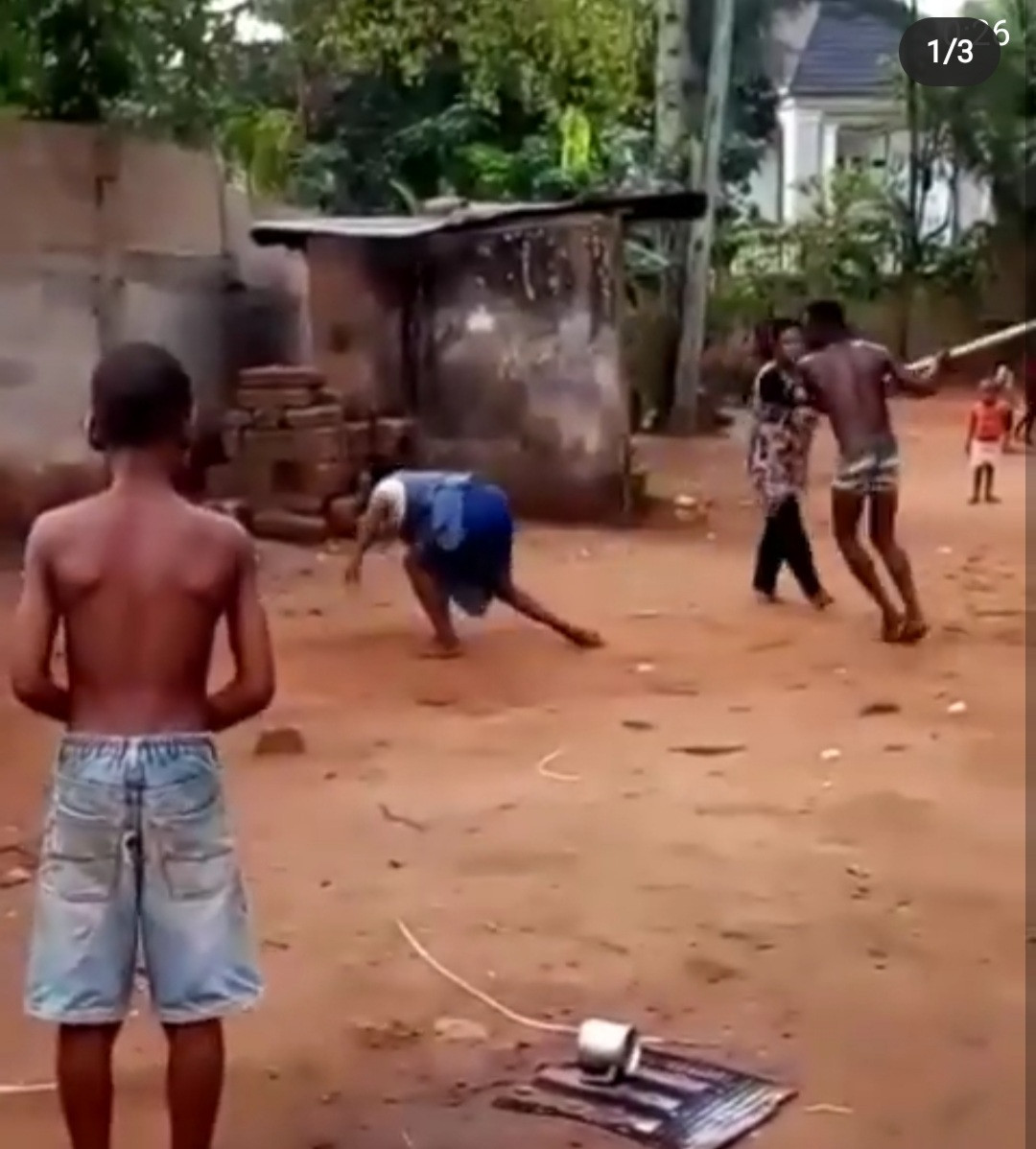 Neighbours are seen begging him and one tries to pull him off the woman, but he keeps going back to attack her. 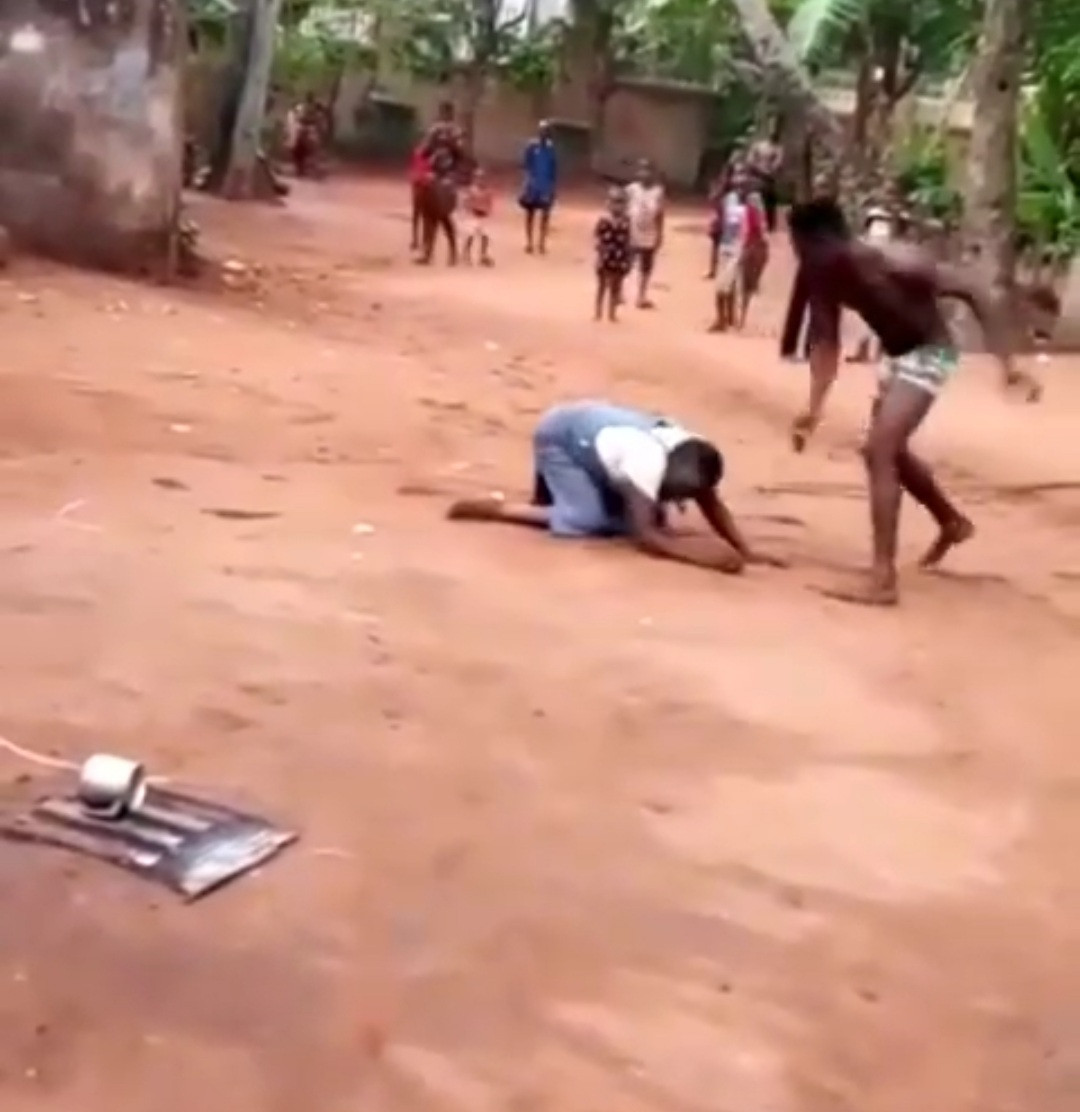 The man has been identified as Sunday Maduegbunam Kosisochukwu from Ogidi in Anambra state.

He was confronted by youths in the community after the video of him beating the woman went viral. They asked him if the video was doctored and he admitted he’s the one in the video and it wasn’t doctored.

He acknowledged he did wrong and asked for forgiveness.

However, the youths made him have a taste of his medicine. They tied his hands and feet to a tree and flogged him too. 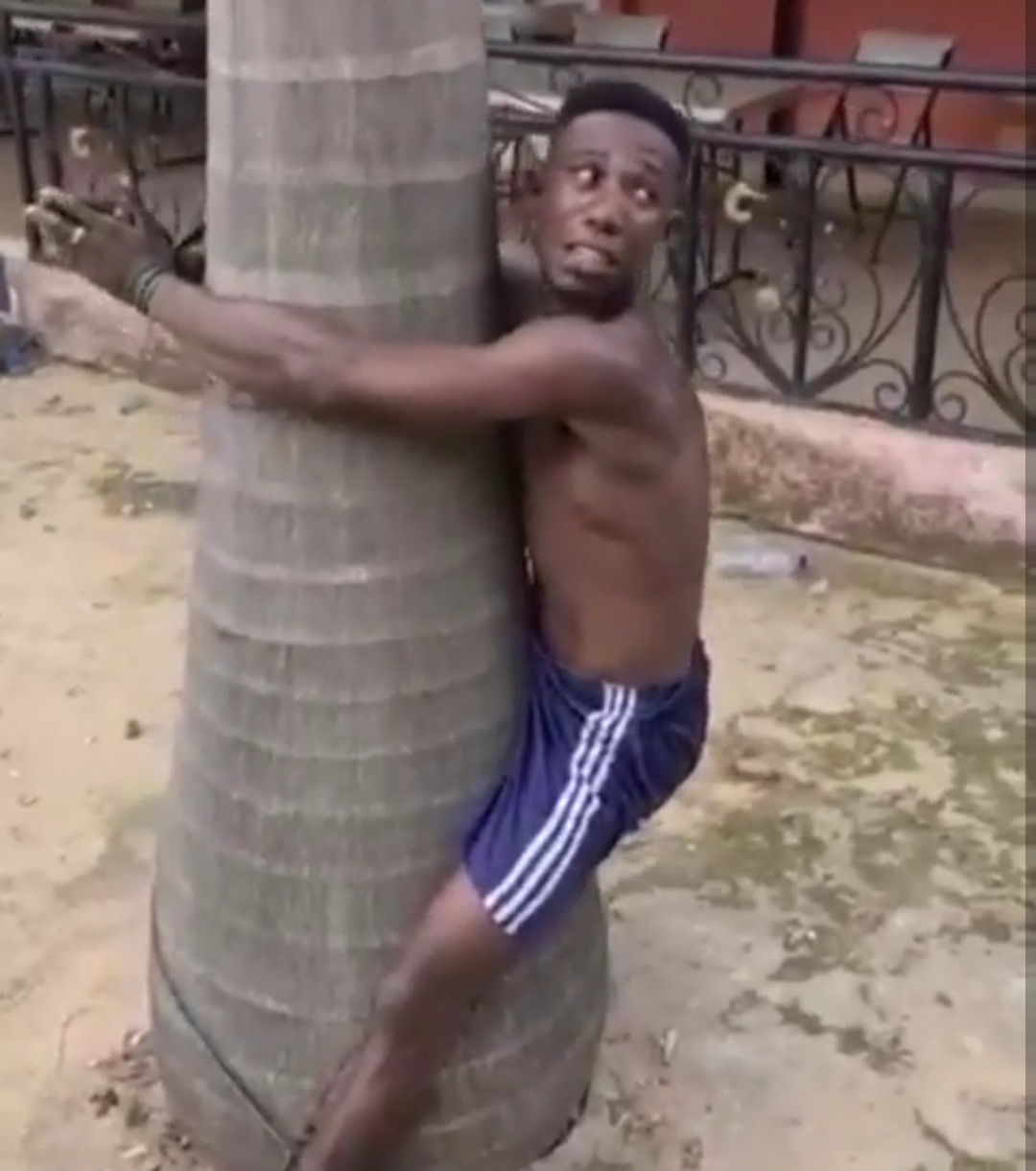 SHOCKER: Guy Calls Off Wedding Last Minute After Finding Out The...

Hot Video of Ghanian Couple Caught Having S££.x Inside The Bush