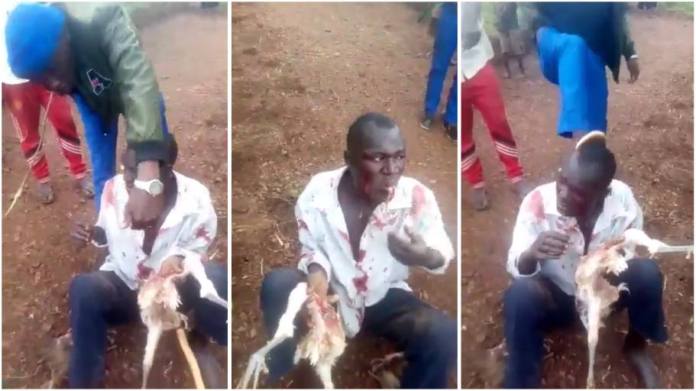 Man forced to eat live chicken after he was caught stealing

A chicken thief was handed an instant justice by an angry mob after being caught red-handed stealing chickens .

A man who was caught stealing a chicken was given a punishment that he will never forget all his life after an angry mob cornered him.

Most suspected thieves caught in Africa as a whole have not been as ‘lucky’ as the one in this story, as they have had to face jungle justice

Even though he was lucky to escape with his life, this young man was forced to eat live chicken as punishment for his crime.

The poor thief had no option but to follow the instructions to save his life.