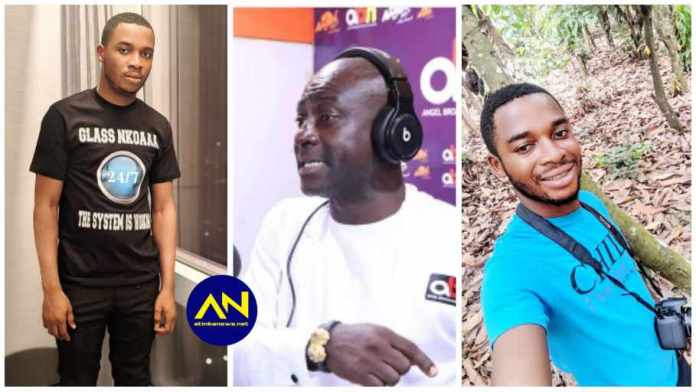 Captain Smart of Smart TV has thrown his weight behind Twene Jonas after he blatantly insulted kings and leaders involved in galamsey.

Twene Jonas has become the talk of the town after he called out Asante kings for their involvement in galamsey being the same people selling land to people to mine gold.

Reacting to that, Captain Smart has said that those leaders deserve more insults.

According to him, it’s about time we called a spade a spade and stop pampering them with sweet words.

Captain Smart noted that Twene Jonas has done nothing wrong for speaking the truth.

Meanwhile, Bechem Traditional Council and other kings of the Asante land have already cursed Jonas over his claims.

Students Troop To Hail Colleague After F!ring A Lady Hard In...