Adu Sarfowaa’s apartment camera 1 happened to capture the moment the woman alleged to be someone suffering from mental disorders walking up and down infront of the gate.

Adu Sarfowaa could be seen holding something in the hands of which if she spots the slightest chance, she will throw it in the house.

This incidents happened moment after Adu Sarfowaa had a fight with Afia Schwarzenegger, Diamond Appiah and some online bloggers leading to her arrest.

After been released from police custody, her enemies are still pursuing her to make sure she falls

Check out the pictures 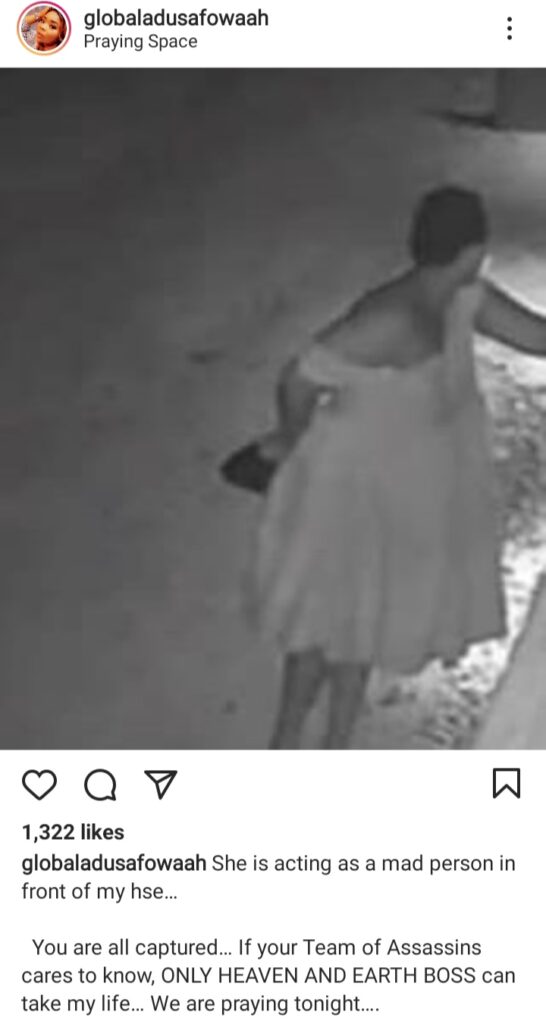 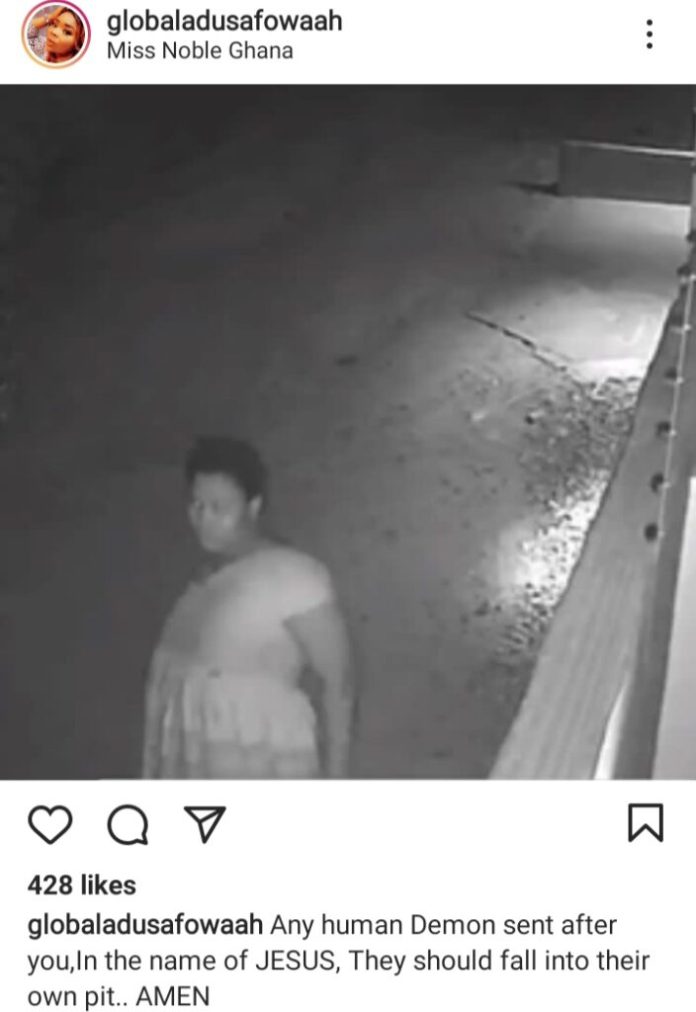 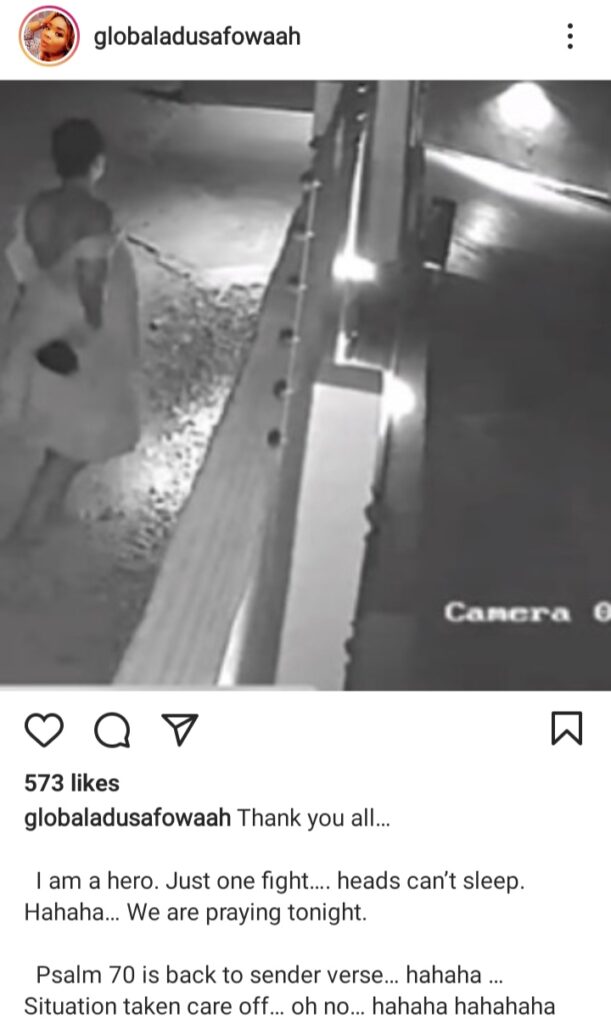 SεxTæpe leaked: Lady Chopped By A Guy With Baby At Her...

Ghanaian Man Wants To Divorce His Wife Because She Farts Too...