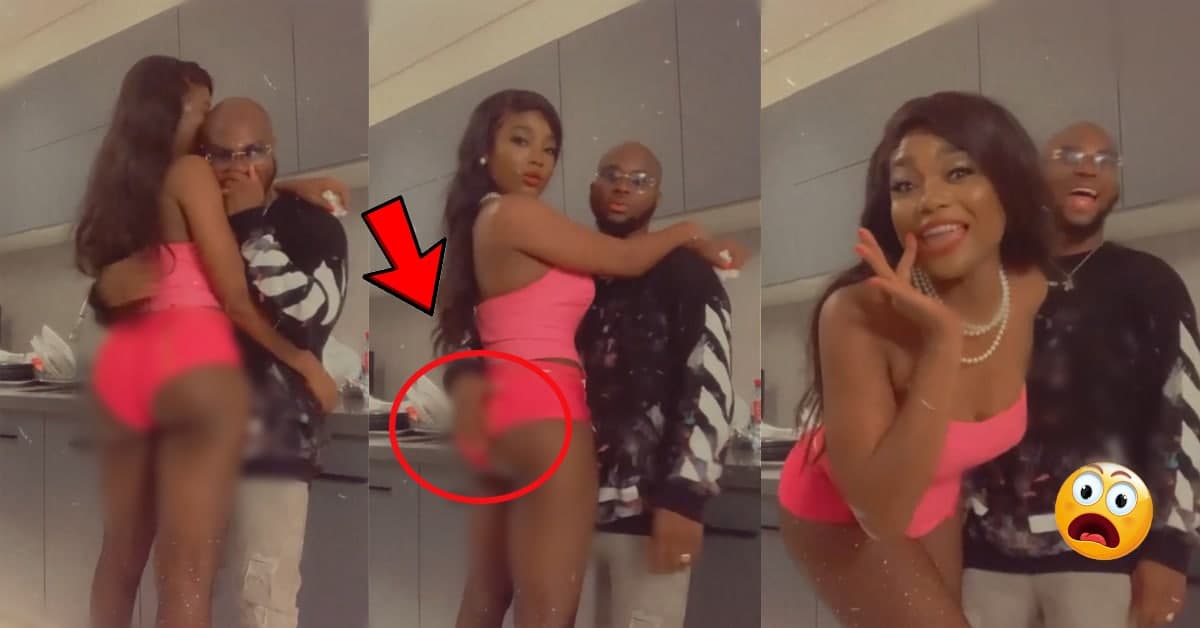 Singer, King Promise Gr!nds Efya’s $3xy Backs!de In The Bedroom As They Jam to His New Song “Slow Down”

We never imagined singer King Promise and colleague Efya had such great chemistry and were so fond of each other.

The two gifted singers appear to be more than industry colleagues who have a thriving relationship off screen.

Their chemistry was put to light in a video gone viral where Efya, wearing only lingerie, was seen grinding King Promise in the bedroom.

Efya was captured tw3rk!ng in the arms of King Promise Promise as they jammed to his new smash single Slow Down. Kindly watch the video below.

Kuami Eugene Busted for Lying About His Age After A Throwback...

I Am Not In Any Romantic Or Sexual Relationship With Wizkid...