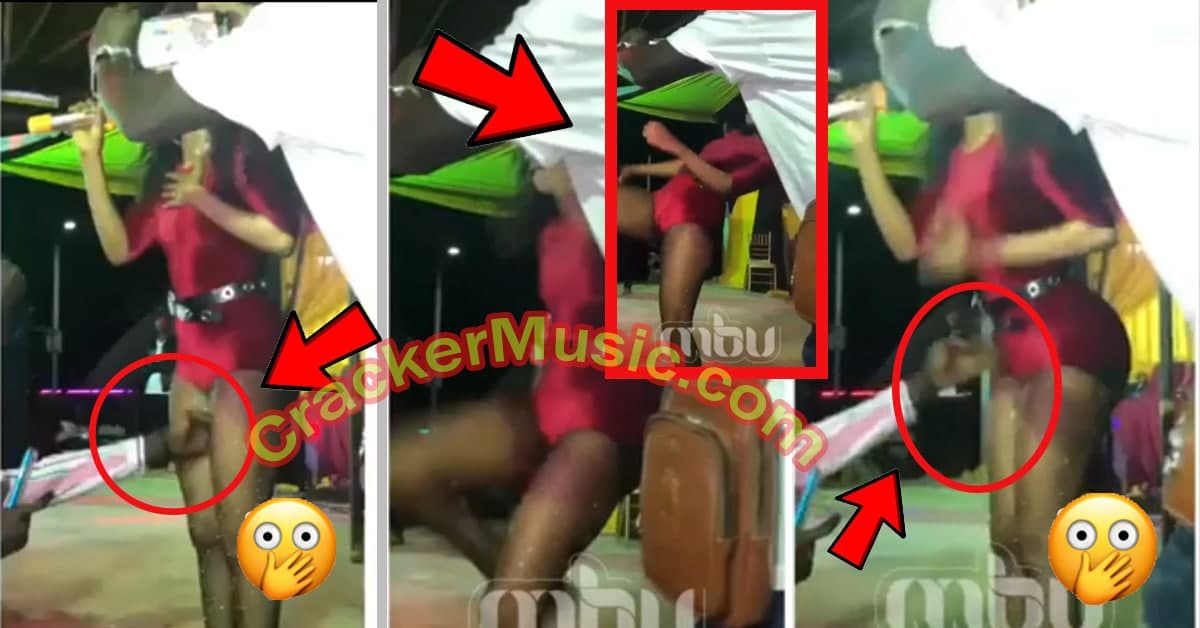 Ugandan singer, Vinka K!cks A Fan Who Tried To Touch Her T.ot0 while performing On Stage (VIDEO)

While performing in Juba, South Sudan, Talented Ugandan singer, Vinka kicked out at a fan who tried to touch her t.0t.0 as she performing on stage.

In the viral video spotted by us zacknation.net, you could see that Vinka was irritated by a fan near the stage who stretched his arm and touched her [email protected] parts.

Vinka angr!ly k!cked out the fan twice before security on stage pulled her away and she continued with her performance.

It is not the first time a Ugandan female artiste is showing anger towards a fan for touching them while on stage.

Groom plays video of cheating bride in bed with another man...