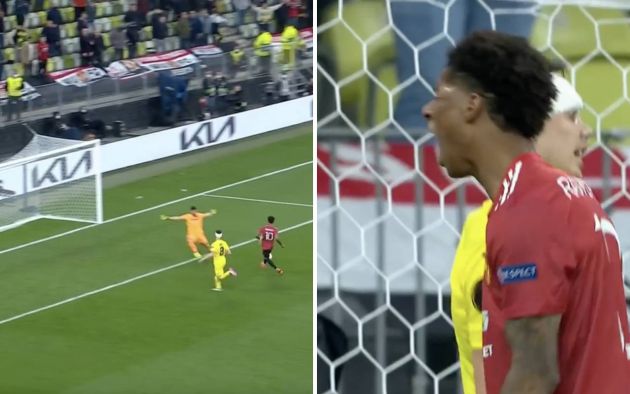 Marcus Rashford will have been the most relieved man in the stadium to see the linesman’s flag raised, having missed an absolute sitter in the Europa League final.

Nevertheless, they found themselves 1-0 down within half an hour, after Gerard Moreno beat David de Gea, having latched onto a well-worked free-kick from the Spanish side.

Edinson Cavani drew the scores level, before Marcus Rashford thought he had been gifted a golden opportunity to make it 2-1 after a cross from Bruno Fernandes.

While replays showed that Fernandes had strayed offside and the linesman was merely keeping his flag down, Rashford still isn’t going to get away with this one.

The England international had, for a player of his quality, a tap-in, yet made poor connection with the ball and saw it dribble wide of the mark. He’ll be thanking the heavens that it wouldn’t have counted…

Miss of the season by Rashford? pic.twitter.com/auAQAUZR8I

Depositing with MTN Brings You Special Bonuses at 1xBet

Shatta Wale Lists His Top 50 Hit Songs Ever In His...