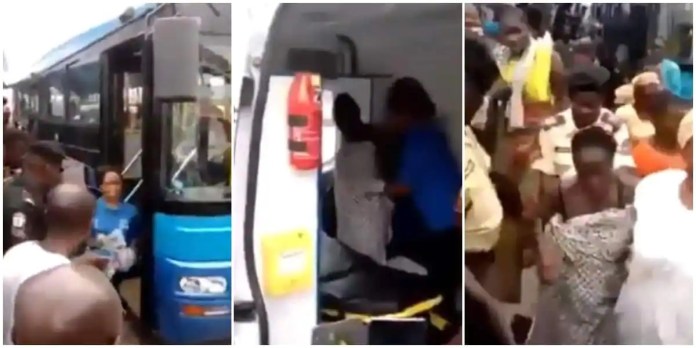 In a new video sighted on Instagram, the woman is seen giving birthday in the bus which was probably transporting passengers to their various destinations.

One can only imagine how it started, lets just imagine she was in the car and realized her water has broken so she started calling for help and the passenger told the driver to pack somewhere safe.

Check also:  Gospel musician goes rogue, jumps on a lady and does the unthinkable to her on stage

You can see in the video that, maybe after the car stopped somewhere safe, they called a near by hospital that sent some midwives to help her.

Meanwhile, with the way people are happy in the video, its obvious nothing bad happened to both the mother and the baby.

Navy Officer stabs soldier for allegedly sleeping with his wife

Side chick jumps through window to escape from wife of man...