Home Entertainment News Yahoo Boy busted after NEPA took off his light while talking to... 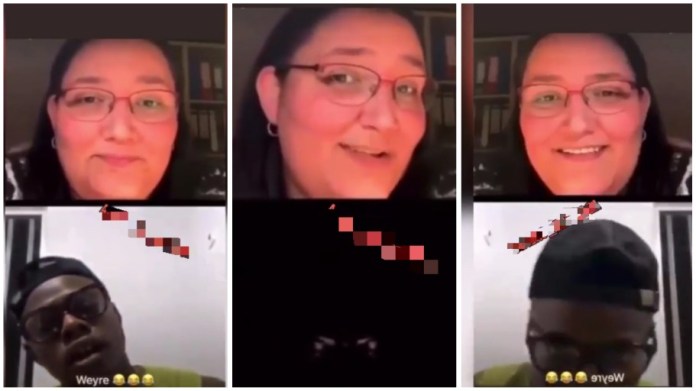 Nigeria and other West African countries are homes of many Yahoo boys in Africa. These are well-known people who are fondly referred to as Big Boys.

They have no real sources of income, but their wealth baskets keep ballooning. Some of them go to the extent of doing giveaways, and as a result, they have attracted a massive following.

The name Yahoo boy is quite popular in Nigeria and other countries. However, many people do not know what it means. The meaning of Yahoo boy is connected to fraudsters who make money through dishonest means on the internet.

A viral video of a white lady and a Nigerian doing a video call with each other has dropped online after the lady realize the guy is a fraudster.

During the conversation, the guy could be heard saying he is an American and from California and wants to be in a relationship with her.

Unfortunately for him, Power Holding Company of Nigeria, formerly the National Electric Power Authority (NEPA) took off his light, making his place dark during the conversation.

The woman releasing the place is dark asked what happen but the guy was claiming its a technical fault when the woman told her point black that he is in Nigeria, not in California

‘You are a sakawa boy, don’t fxck with me’- Kwadwo Sheldon...

3 [email protected] Queen Sm0k!ng And Pouring £xpensive Drinks On Their A$$...

Guys You Can Propose To Me – Gyakie