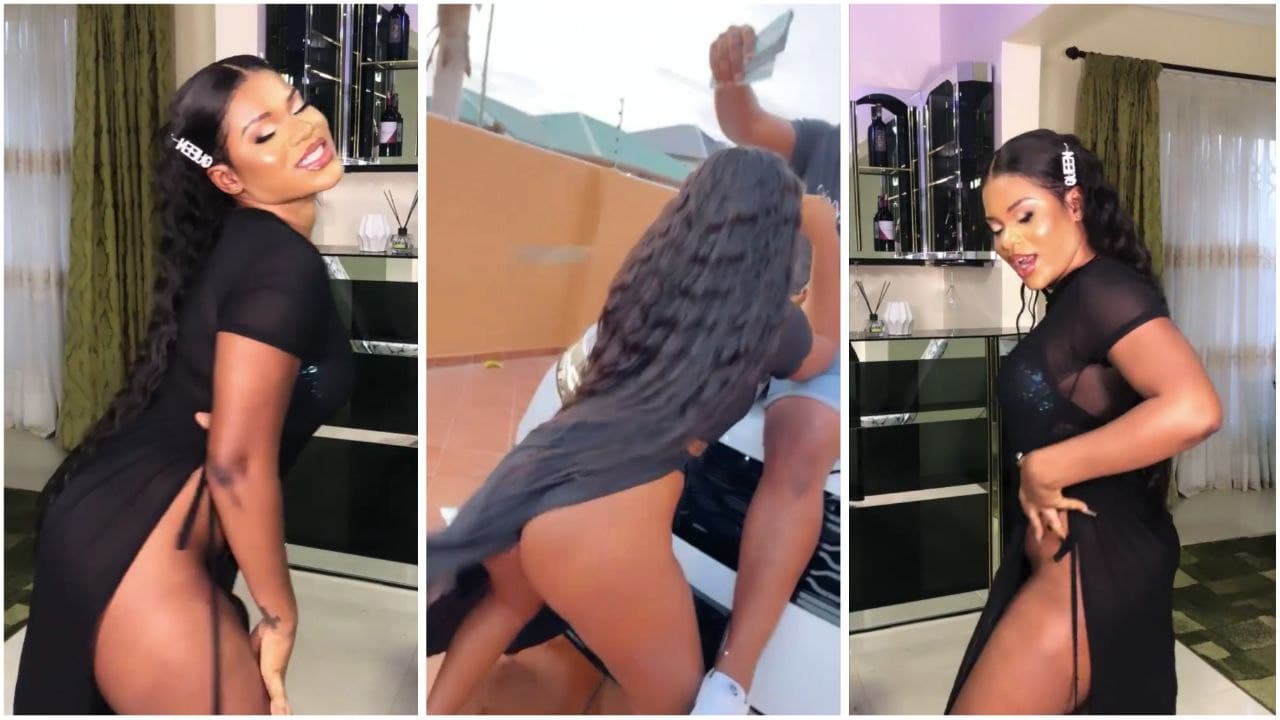 Tiisha Bentil, popularly known in the showbiz arena as Tiisha has caused massive stir with her latest activity on social media.

One of the videos showed the singer dancing to her new tune with a black straight dress with an opening from the hip downwards putting her curv£s on display.

In another outdoor video in the same dress, tiisha put the whole b#ttocks on display as she tw£rk while a man sprays cash on her.

As for the lyrics, we don’t know if she is saying “Trumu” or “True mood” as the title of the song suggests.

Here Is The Yawa Video Of A Lady From Accra Trending...

Couple caught pants down doing it in the bushes in broad...