Zacknation.net
Home Entertainment News A college student spotted staggering in town drunk like a skunk in... 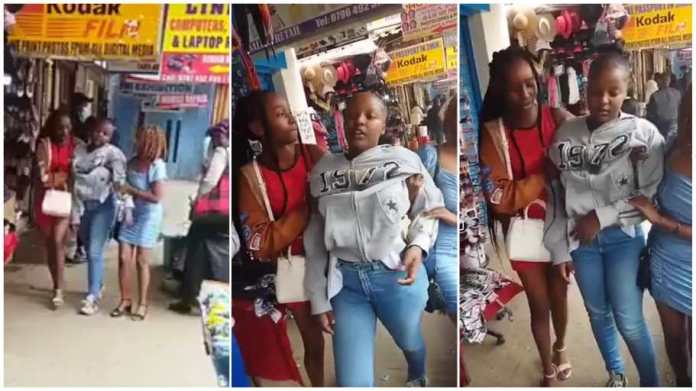 Kenyan young lady said to be a college student caused a scene in Nairobi Central Business District after she was spotted staggering on a busy street while drunk like a skunk.

In the viral video that has left parents cursing, two ladies, believed to be her fellow students, are seen trying to support her as they wade through the busy street.

The middle-aged lady was too drunk to walk or support herself.There are so many illegal drinking dens that have sprouted in downtown Nairobi.

Most young people, particularly those in college and universities, spend most of their time in those drinking dens consuming cheap liquor.

Check out this embarrassing video.