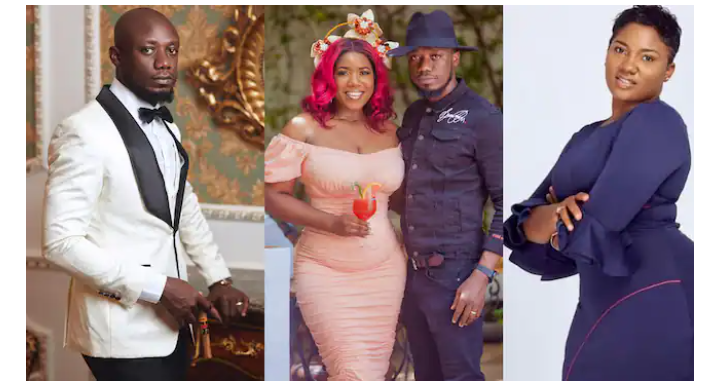 The award-winning blogger indicated that he was embarrassed and ashamed of the incidents that have happened over the past few days and have dragged his name into the mud.

He recounted how he thought he was never going to find true love until Lebene came his way and changed his life totally.

Eugene went on to recount how some years down the line, people chided him for being too broke to find a woman to love him.

Check also:  Ghanaians Cry Out Over What Female Students Were Spotted Doing Inside The Bush [Watch Video]

He however said Victoria Lebene came into his life and proved all his critics wrong and was still standing by him on the midst of all his current storms.

Nkonkonsa tagged his wife as an angel and added that she was every man’s dream wife since she was still supportive even in the face of opposition.

In rounding up his long note to his wife, Eugene Osafo-Nkansah asked his fans and followers to say some prayers for his wife because she was in dire need of them.

He signed off by confessing his undying love for his wife and also wished her a happy anniversary.

Checkout a photo of his wife and that of the letter as well; 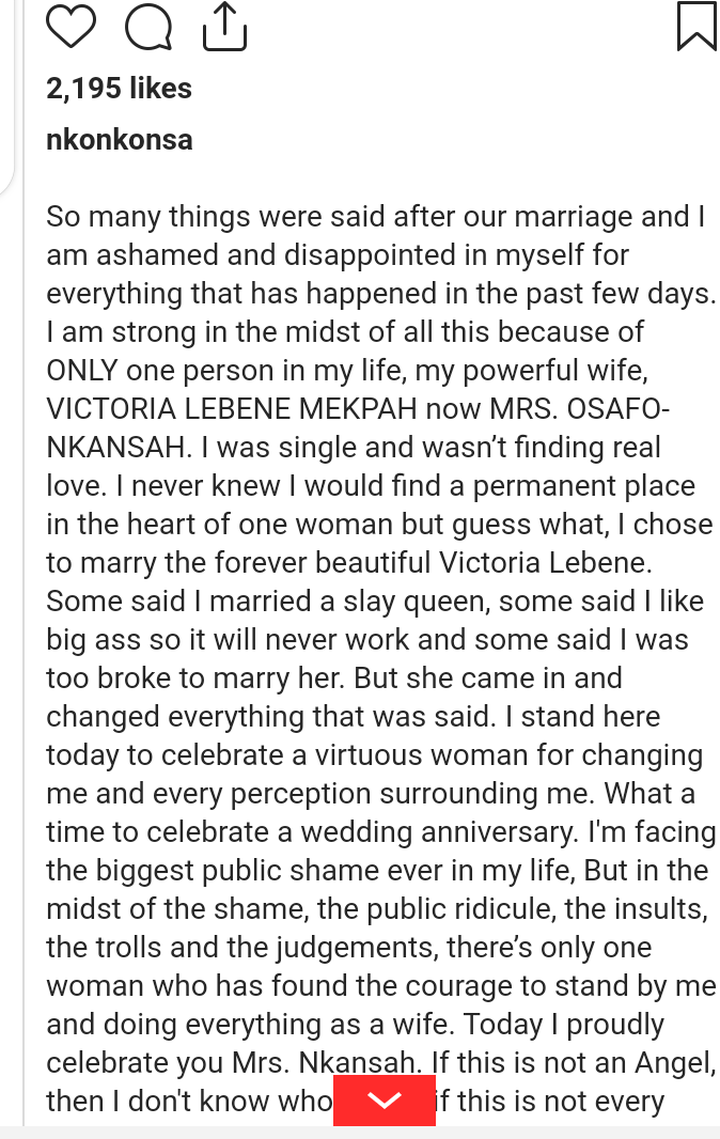