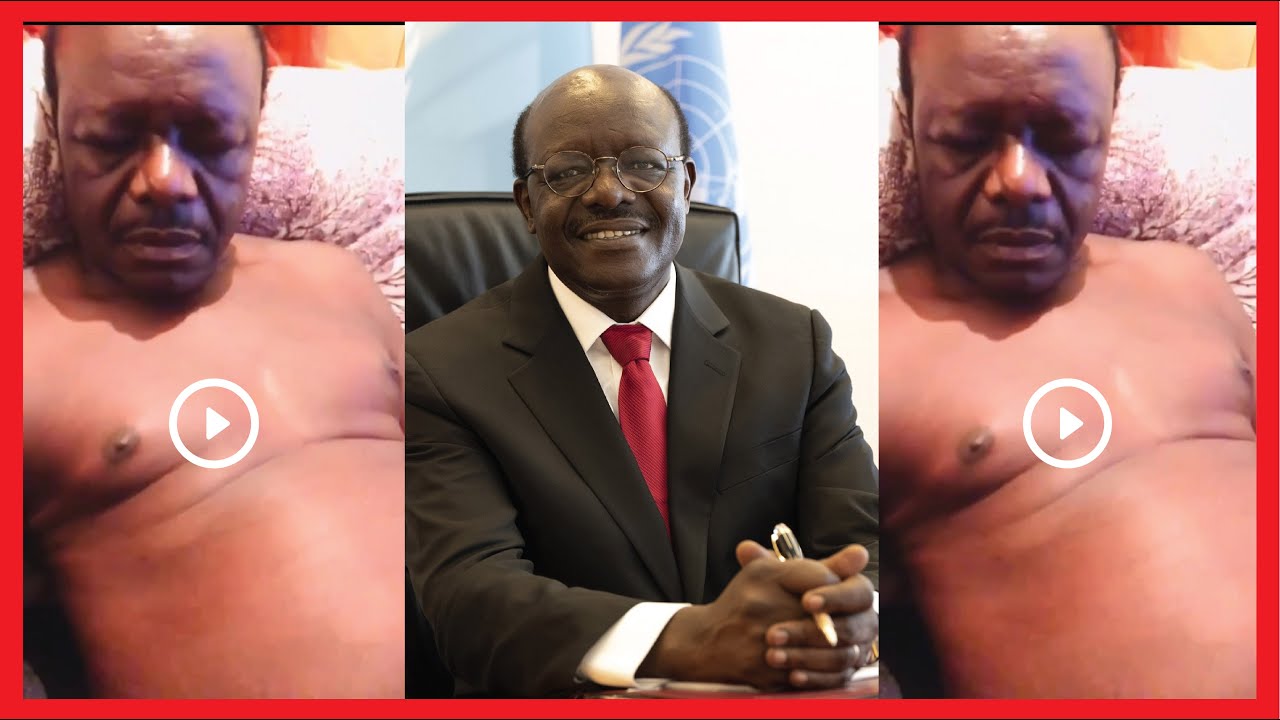 In the same month he was accused of assaulting a slay queen at a 5-star hotel in Mombasa, former UNCTAD Secretary-General Mukhisa Kituyi has this week booked himself a potentially lasting spot on top of Kenyan trends following the emergence of a shocking butt naked video of the presidential aspirant.

From the clip currently circulating on social media, the former Trade Minister in the famous Kibaki cabinet is seen completely nude, one of his hands just above his private parts with a light skin’s leg lying on his right thigh.

According to reports , the lady is said to have been demanding for a Sh1 million bribe in order to withhold the damning footage.

Whether she leaked it out of her own interests or not still remains to be established.

If anything, she could have as well been paid by political adversaries of his presidential bid, which could be anyone: including the government through the National Intelligence Service (NIS) wing.

Mukhisa Kituyi’s video is the second to be leaked this month after city socialite Bridget Achieng’s nude video was leaked by a lady friend, following a misunderstanding.

It is now about time DCI begins a crackdown on these modern-day criminals behind such despicable acts.

See What Was Done To an S.H.S Student After Finishing Her...