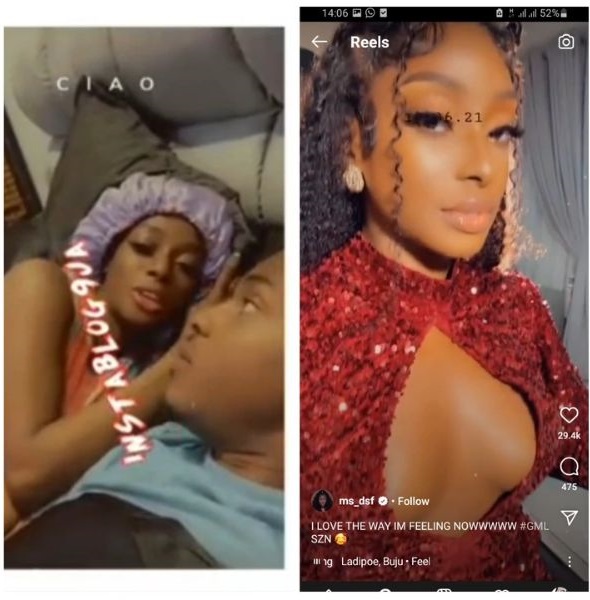 Popular Nollywood actor, Timini who is calls himself “bad boy T”, was seen playing with his bestie, Dorcas Shola Fapson who is also a popular actress. In the video, they were both lying down on the bed while he was recording.

He could be heard telling her to go and get herself a boyfriend and stop disturbing him. She however replied that she wants a fine boy. Timini then laughed and told her that most fine boys are broke, while the rich boys are either not fine or they can’t speak good english.

Timini and Shola’s friendship has gotten to the point that they are very free with each other. They always go to the club and even other events together. He recently celebrated his birthday, and his bestie was available to give him a surprise birthday party.

They also went to the club with other celebrities like Tiwa savage, Toke Makinwa, and others. Timini doesn’t fail to express how much he loves his bestie, and she also does the samething.

Check out the videos below.