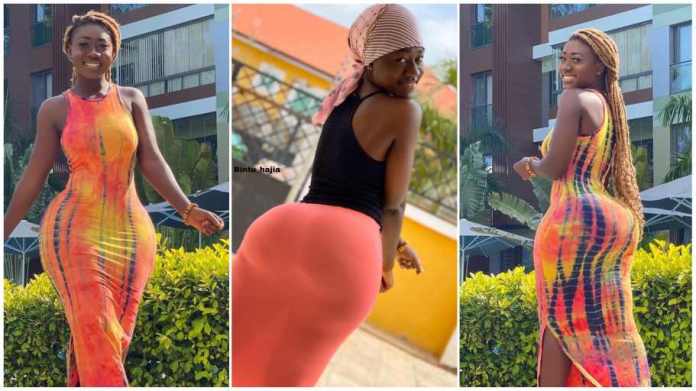 Ghanaian Instagram and TikTok star, Hajia Bintu, has once again turned heads on social media with a video of herself dancing to Kidi’s touch it song.

The new video has Hajia Bintu teasing her fans with the now-famous heavy backside she possesses.

In the video, Hajia Bintu is seen wearing a long body-hugging dress which shows her well-endowed contours.

Check also:  People Say He Is The Future Of African Music Because Of His Angelic Voice. Watch And Judge Yourself [VIDEO]

However, what caught the attention of many of the video vixen’s fans was that Hajia Bintu put her dancing skills on display.

She was seen dancing with her gargantuan backside that look like mountain afadjato to the camera as the video was been recorded .

As usual many of her fans and followers took to the comment section to heap praises on the young video vixen.