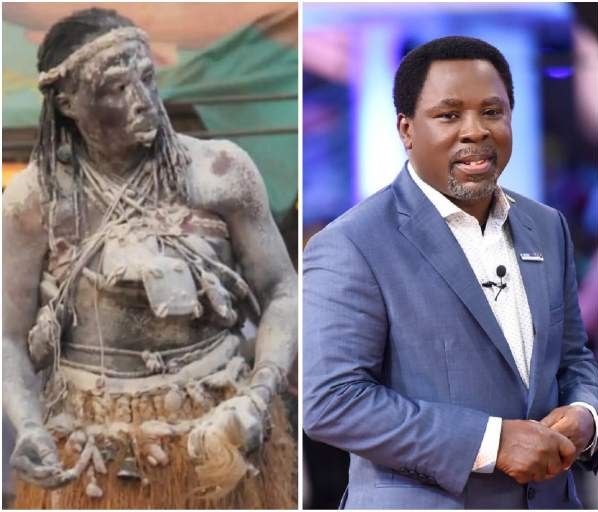 Popular Ghanaian fetish priest, Nana Kwaku Bonsam has claimed that he was in a spiritual battle with late Nigerian preacher, T.B Joshua and now the latter is no more.

While speaking in a self-recorded video seen by zacknation.net on YouTube , Kwaku Bonsam indicated that he was in a spiritual contest with the prophet.

According to him, only one person was going to be victorious in such a battle with the other losing woefully.

Kwaku Bonsam went on to claim that TB Joshua attacked him in the spiritual realm and also said many prayers against him but he also hit back and came out victorious.

He also recounted how he allegedly went to the Vatican to report late TB Joshua to the Pope over his claims of machinations and deceit.

“TB Joshua was attacking me spiritually. He said that he wants to finish me, he wants me to die” Kwaku Bonsam was heard saying in the video.