Home Entertainment News Lady fights movie producer for refusing to give her a role after... 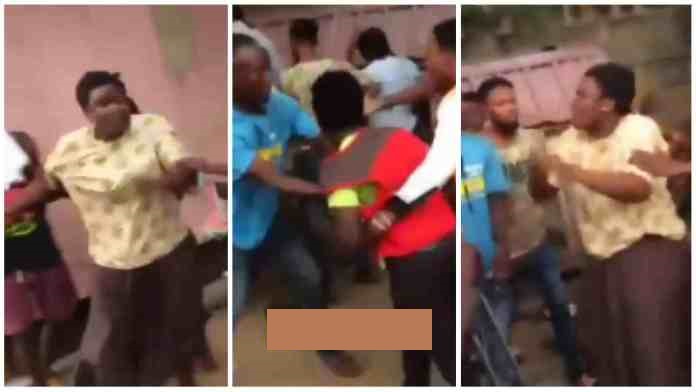 Lady fights movie producer for refusing to give her a role after sleeping with her in new trending video.

Angry lady storms a movie set as she attacks a movie producer who failed to give her a role he promised her after she paid money to him and also made out with him.

A video is fast making waves across social media platforms that shows a lady fighting a man who happens to be movie producer while he was shooting a movie with his casts.

In the video, while they were on set, the unidentified lady bumped in unexpectedly with anger and was heard asking the producer to use her to shoot that particular scene.

According to the young lady, the movie producer promised to give her a movie role if she agrees to have share the same bed with him.

Not only, the desperate actress was also heard saying that the said producer had made her to pay some amounts of money to him for a movie role.

In the trending video, the lady was heard saying the movie producer should pay her for chopping her three times since he didn’t give her the role he promised.

“I will rather watch p0rn than to break down Sarkodie’s Fugazy...