Home Entertainment News Look At Look At How This Woman Was Beaten Up By Husband... 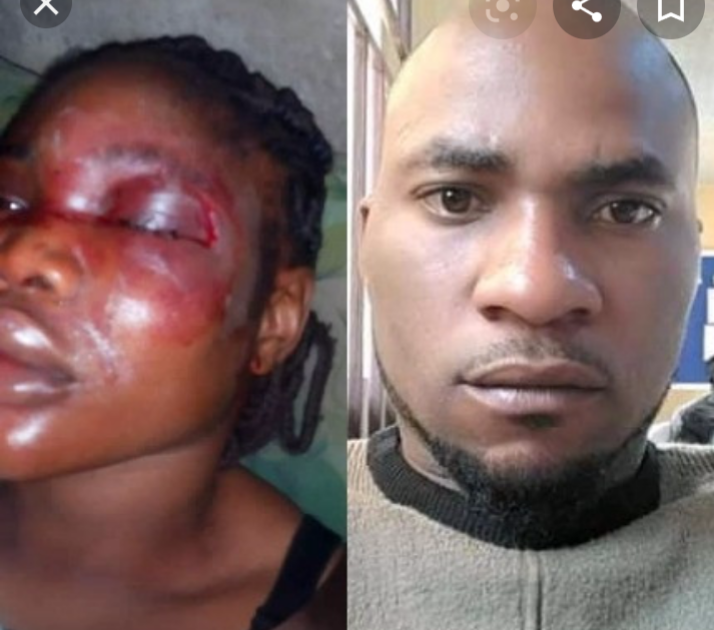 A woman reported to the near by police that she was beaten up by her husband she married few days ago.

If you take a look at the picture you could sew that she was indeed beaten mercilessly by the husband who she was married to.

This incident occurred at Oda where most of the people in the place heard about that issue which went on viral at that town.

According to report the woman narrated that, she was engaged t9 the man less than a week which she was very happy at the engagement time not know she was to come and suffer in the hands of the man she was marrying to.

She added that the reason behind the beatings was that, once early morning her husband went to work and was sucked or dismissed for not being able to pay for the loans that he collected and used for their wedding ceremony and in that case he was angry when he came home.

Upon arrival when the woman saw him he asked for the reason and all what the man said was that it was through the woman who made him downfall and in that case he never made the lady rest a bit.

All what he was doing is that in every small issue that he will have with the lady he will beat her and asked her to pace her tools but due to the love that the woman loved him she remained silence.

One day she was injured with beatings from her husband and due to that she reported to the police and the man was arrested.

Is it good for the woman to arrest the man ?

My boyfriend has a small d!ck and lasts for only 1...