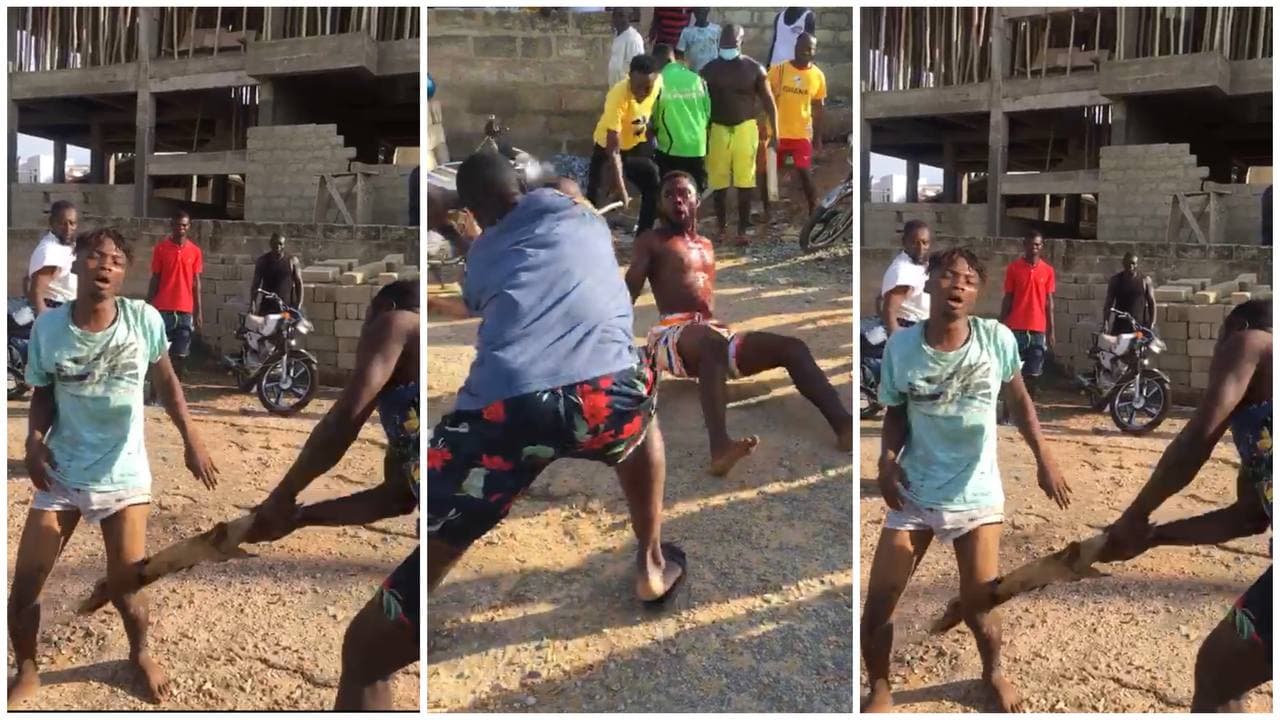 It is no longer news that anyone caught stealing in Ghana immediately gets disciplined by angry mobs present at the scene of incident. The get beaten up and some end up dead or saved by the police.

Well, Two young men who wanted to reap where they didn’t sow have been beaten to pulp in a botched robbery operation which reportedly occurred at Dansoman.

While it is not clear if the two are residents of the area, they are said to have been busted when they attempted to steal motorbikes. However, they were accosted by the irate youth of the area who gave them the beatings of their lives.

A video from the scene, which has since gone viral, captured the group throwing sticks, stones, and any object they could lay hands on at the suspected thief.

Their pleas for mercy fell on deaf ears as one of them was dragged on the ground in an attempt to seek refuge with the other being hit hard on his head.

The unidentified suspected thieves suffered severe bruises on their face and head with blood gushing from their mouths.

Watch the video attached below:

Watch Video Of Man Breaks His Spinal Cord For Trying To...

Interesting Video: Pastor Prays For Husbands Against Side Chicks [WATCH]