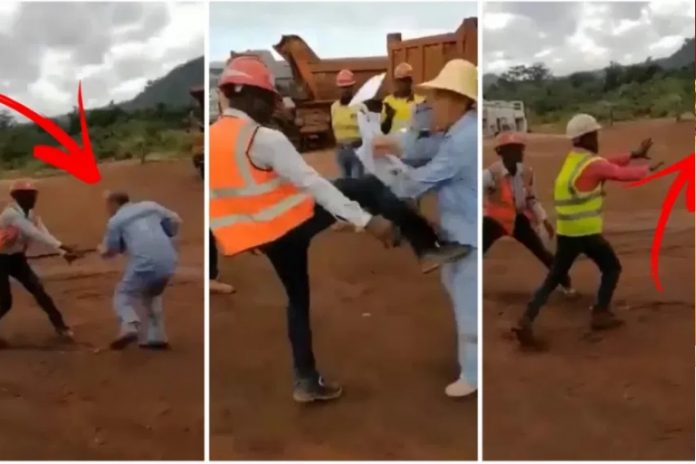 Another video has emerged online where Supposed Chinese Contractor engaged in a serious f!ght with a black Contractor. We cannot actually tell where it occurred ,but the scenes appear to be one of the African countries

From the visuals scene, the Chinese Contractor can be seen angrily issuing instructions to the workers ,he then went and kicked the file held by one of the black Contractors , apparently , the latter got furious who kicked him Mercilessly

To defend himself, the unknown Chinese road Contractor ran for weapon to finish the black Contractor, but it was obvious the black guy had a lot of techniques who kicked him to the floor

From the commentary heard in the video ,It appears the Chinese was drunk hence his attitude

Check out the video below