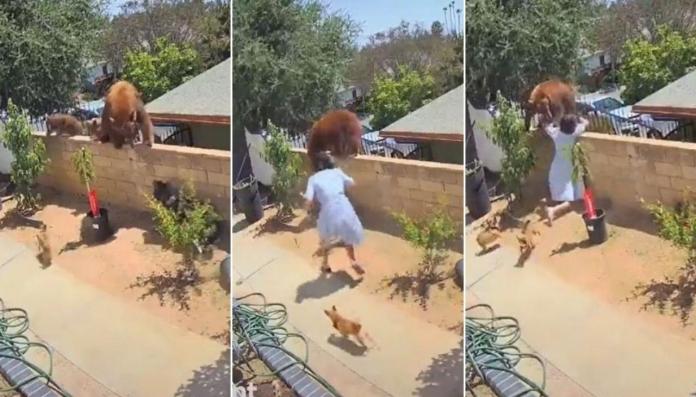 A 17-year-old California girl has fearlessly confronted and shoved a bear that was swiping at her even more fearless dogs.

Surveillance footage shows a bear and its two cubs climbing down a backyard wall in Bradbury on the outskirts of Los Angeles on Monday.

The ursine intruders were soon confronted by Hailey Morinico’s family dogs, who run up and start barking at the much larger animal.

The video shows the mother bear swatting and swiping at the barking puppies, before the arrival of Hailey, who had been gardening.

The 17-year-old charged down the bear and shoved it off the wall.