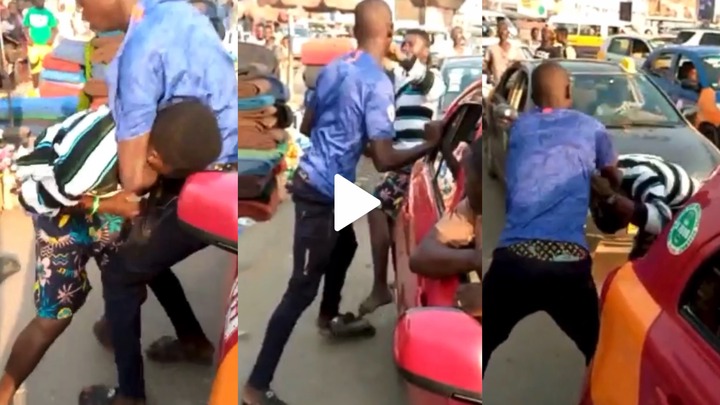 It seems these days there are several fI ght on the street as young Ghanaian men have taken to the street to show their powers once again.

The new video available to us shows gruesome fight between these unknown boys at the car park while their friends stood to observe.

According to the reports , these two guys are best friends and fight over lady. A critical looked at the video proves ,the guy in black and white actually called for the brawl, however ,it was over him.

Well ,from the video , the one in white showed precision ,carried him to the air and thumped him to the floor and handed over to him blows repeatedly

While it was obvious they were separating them ,but it appears the friends also enjoyed the brawl, he carried him again ,twI sted him and sent him on the ground again.