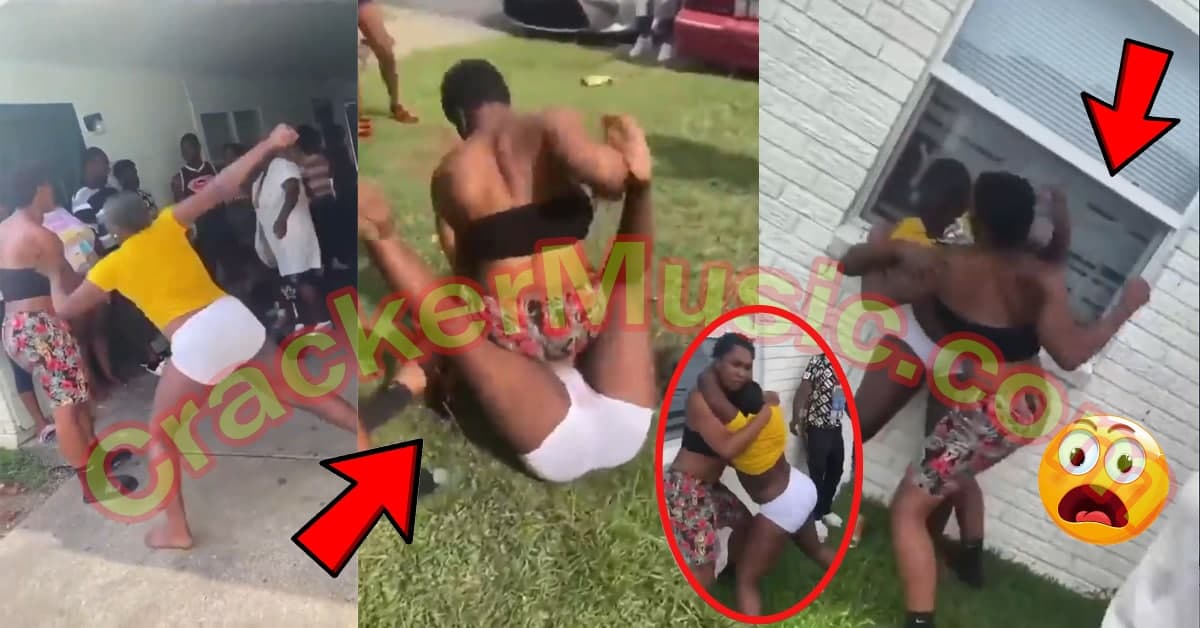 Wild video of two Slay Queens f!ght!ng d!rty over a man has emerged and has gets people talking on social media .

The two sl@y qu3ens caused massive drama as they tore at each other with kicks and blows.

Interestingly, The man appeared calm and undisturbed even as the ladies were trying to k!1.l each other.

Lmao People around were busy recording the drama on their phones instead of trying to separate them from embarrassing themselves.