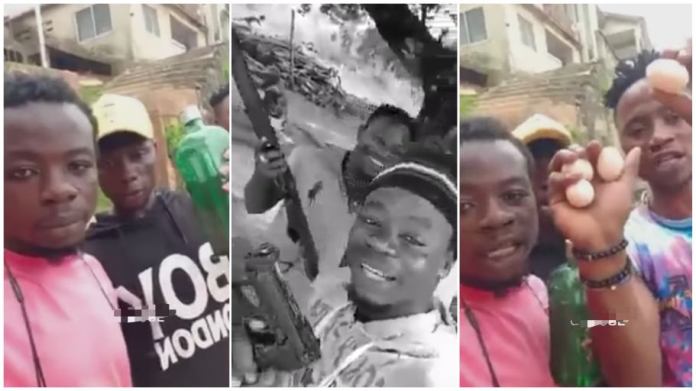 A group of young men who flaunted side arms and a pump-action gun in a video that has gone viral on social media have broken their silence.

These young men claim to be galamseyers who provide security in the Upper West Region. They added that they are not into any shady deal as the video might have painted.

In the video which has sparked fears among Ghanaians, the young men, believed to be in their 20s, numbering four, all had guns which they were cocking.

Three of them had pistols while another had one which appeared as a locally manufactured gun. One of them, amid laughter, was heard saying: We commit crimes so we can live longer.

The video caught the attention of the Police who, in a statement, indicated they were bandits launching attacks along the Burkina-Faso-Ghana border.

The statement indicated the young men, who have plans of attacking parts of Ghana, may have already infiltered the country.