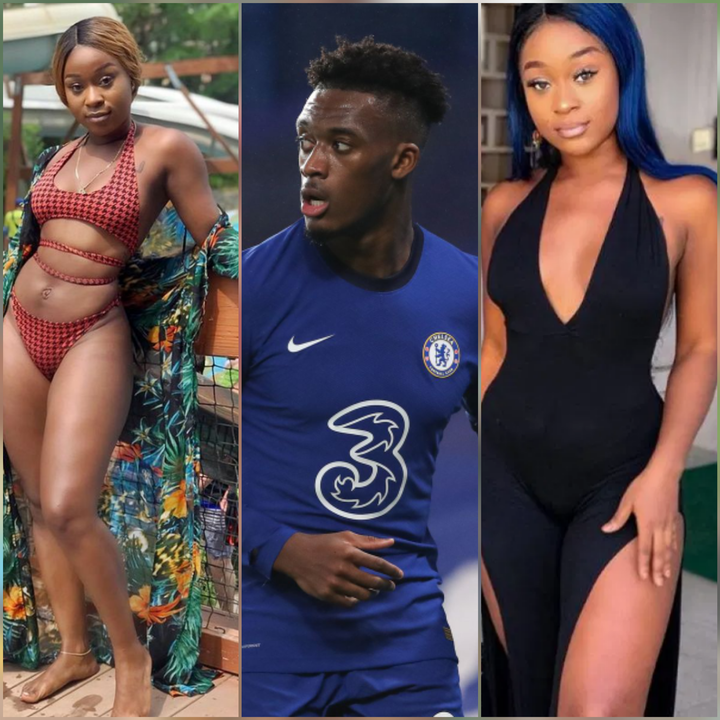 Efia Odo losses it and deletes her accounts on Twitter over the assumption that she will be the first Ghanaian slay queen who Callum Hudson-Odoi may bang upon his arrival in the Country. Efia Odo who clearly found these assertions unbearable took to her handle to react after which she deleted her account. 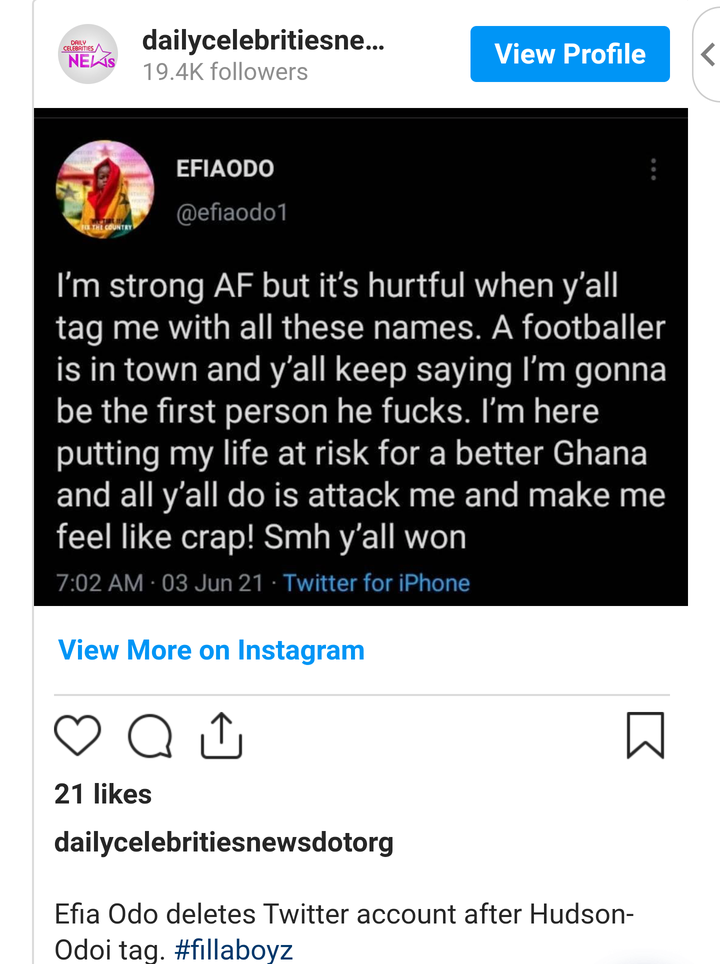 Callum Hudson the Chelsea Star in a video circulating is seen arriving at the Kotoko international airport being welcome by King Promise and an adowa ensemble. As it is alleged of footballers after their season – chill which includes sleeping around, netizens took to Twitter to speculate who might the first victim of his ‘onslaught’ and many fingers pointed to Efia Odo. This did not sit well with Afia hence her reaction.

Check also:  Him own sweet pass my husband own – Woman says after being caught sleeping with a married neighbor [Video]

Efia Odo has been in the news in recent times over her push for the #fixthecountry campaign. This has earned her admirers as well as lovers. As a matter of fact, this added somewhat to her popularity to the extent that she even earned a ‘shoutout’ from Twene Jonas aka the Youth President.

Over the years Efia has been the typical boot-for-boot social media person who wouldn’t budge no matter how much insult you rain on her; she will attempt to reciprocate in equal measure. It is therefore a little surprising that this time round she seems to have been affected for real.

What is bothering the minds of many is could it be the last straw that broke the camels back or it’s just the case of being caught in the act – scheming towards getting Callum?

We await to see what unfolds in the coming days.

No Ghanaian Artiste Is On My Level, Only Beyoncé Is My...

Few Hours To Election – See What Kwaku Manu Was Doing...