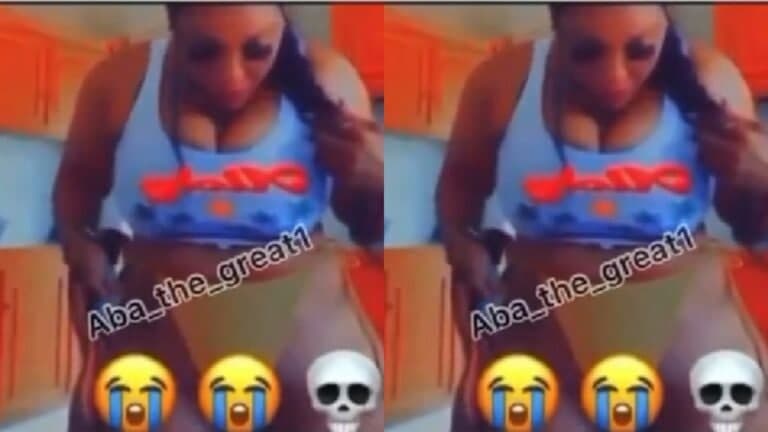 An unknown lady has been spotted in a video whipping the hell out of her pussy for a funny reason.

According to the supposed Slay Queen who seem tiree of fucking broke men, her pussy should stop chopping those men because she majes nothing out of it.

The lady who has tottoo on her body whipped her pussy multiple times and was heard telling the pussy to stop fucking broke men and pay attention to rich men only.

Watch the hilarious video below;